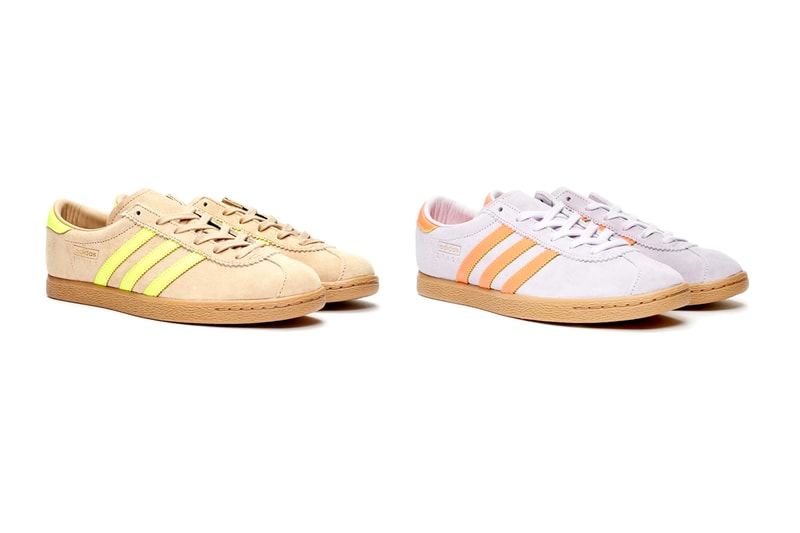 adidas Originals has returned to its archive-inspired Stadt silhouette for two new Spring-ready colorways. The sneaker, which is heavily influenced by the adidas City Series and terrace culture, comes constructed from suede uppers and leather detailing, both of which have been transformed into season-appropriate pastel tones.

The first colorway in the pack sees a “St Pale Nude” upper, which is contrasted against “Solar Yellow” used on the unbranded heel tabs and Three Stripes along the sidewall. adidas Originals has also wrapped the sneaker in a “Purple Tint” colorway, complete with “Signal Coral” leather detailing and very subtle “Shock Yellow” stitching. Both colorways are finished with gold embossed adidas Originals Stadt branding, as well as an image of a flower on the left footbed.

Take a look at the new adidas Originals Stadt colorways in the gallery above, with both being available now from the Sneakersnstuff web store.

In other footwear news, adidas recently released the ZX 10000 C in “Yellow Tint.”