Best Look Yet Of The Air Jordan 8 “Cigar And Champagne” 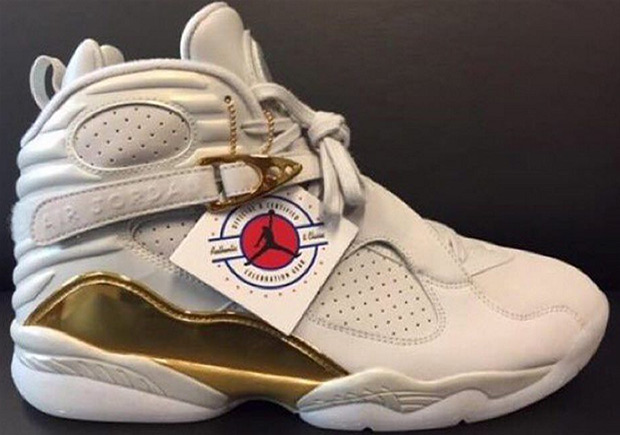 Jordan Brand still has four more championships to celebrate in their Cigar & Champagne series and next up is Michael Jordan’s final win during his first three-peat against the Phoenix Suns in 1993. Michael Jordan wore the Air Jordan 8 despite suffering from a lingering foot injury. The shoe that represented the early to mid-90s obsession with bulky straps, chunky outsoles and When Nike offered a replacement shoe, Jordan declined knowing it would be bad for his brand. If it weren’t for that decision we might not have seen the Air Jordan 8 “Cigar” and Air Jordan 8 “Champagne”. The two pairs will be available on June 25th for $250 USD. The Champagne portion is represented through the use of a clean Light Bone and Metallic Gold combination while the Cigar pair features an ominous black upper accented by celebratory confetti speckles. Which pair are you feeling? Check out more below and stay tuned for more Jordan updates right here on Sneaker News.

The post Best Look Yet Of The Air Jordan 8 “Cigar And Champagne” appeared first on Sneaker News.