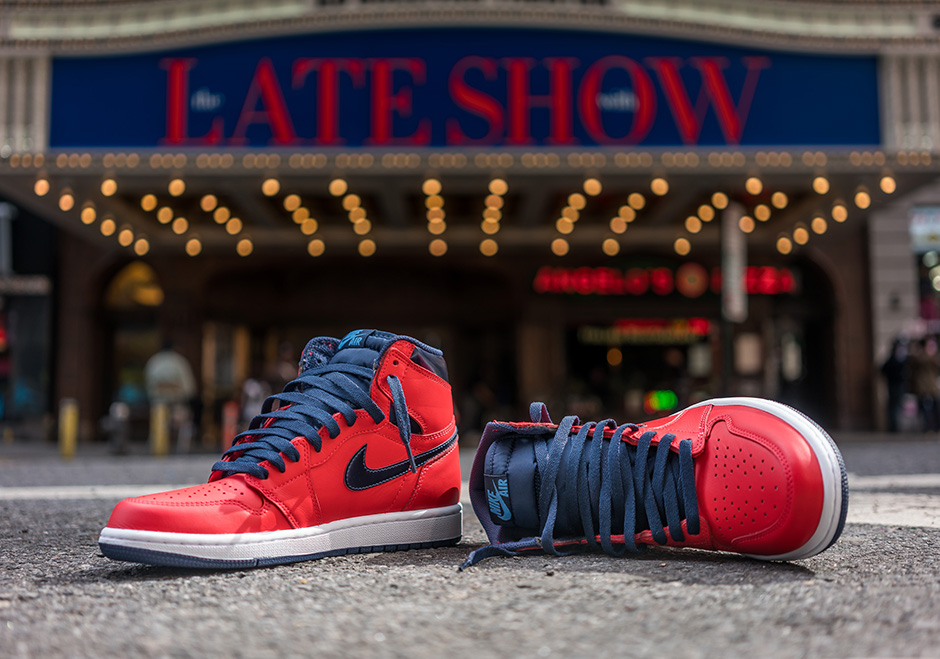 David Letterman was the GOAT late night talkshow host, so it makes sense that the brand representing the greatest player to ever lace up a signature sneaker will be releasing an Air Jordan 1 paying homage to the late night icon. In 1985, a rookie Michael Jordan sat down with Mr. Letterman to chat his early superstardom and the controversry surrounding the “Banned” pair of Air Jordan 1s which didn’t feature enough white throughout the red and black upper. This Air Jordan 1 “David Letterman” represents the shiny metallic sweatsuit that His Airness wore during the televised appearance, as a bright Light Crimson upper sees metallic accents of Midnight Navy on the Swoosh and ankle collar. A minute touch of University Blue hits the classic ‘Nike Air’ branding on the tongue. This pair will be available this Saturday, April 30th but look for your own size right now on eBay.