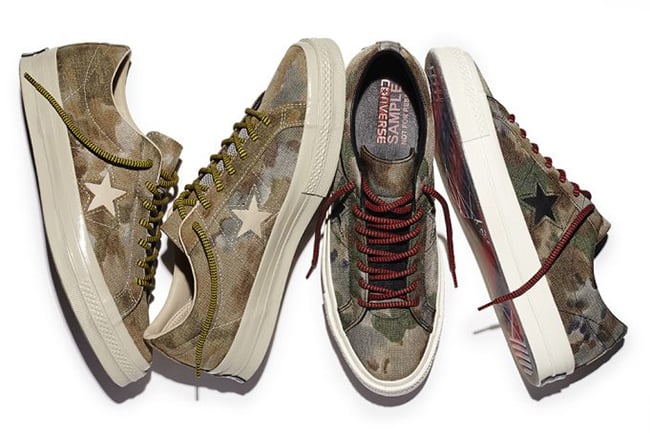 Converse is connecting with Brookwood who is known for it’s military products to release a Converse One Star 74 Camo Pack.

Two different makeups of the Converse One Star will be available and as you can see, they both feature a different variation of Brookwood’s camouflage print through the uppers. In addition, this is the first time that military grade camo is used across any type of sneaker. Using microsuede on the base, the midsole is done in either Cream or White along with a translucent sole that exposes more camo. The last and interesting aspect of the shoes is the Sample stamp on the insoles.

Below you can check out side previews of both pairs forming the Converse One Star 74 Camo Pack. They are now available at Converse retailers and you can buy them directly from Converse.com. Retail price is $100 each. 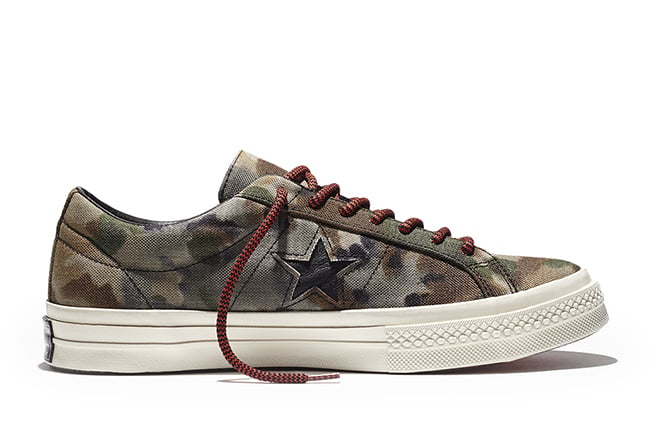 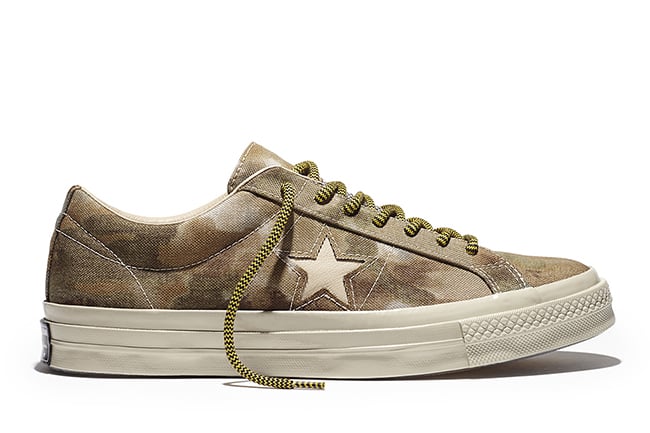