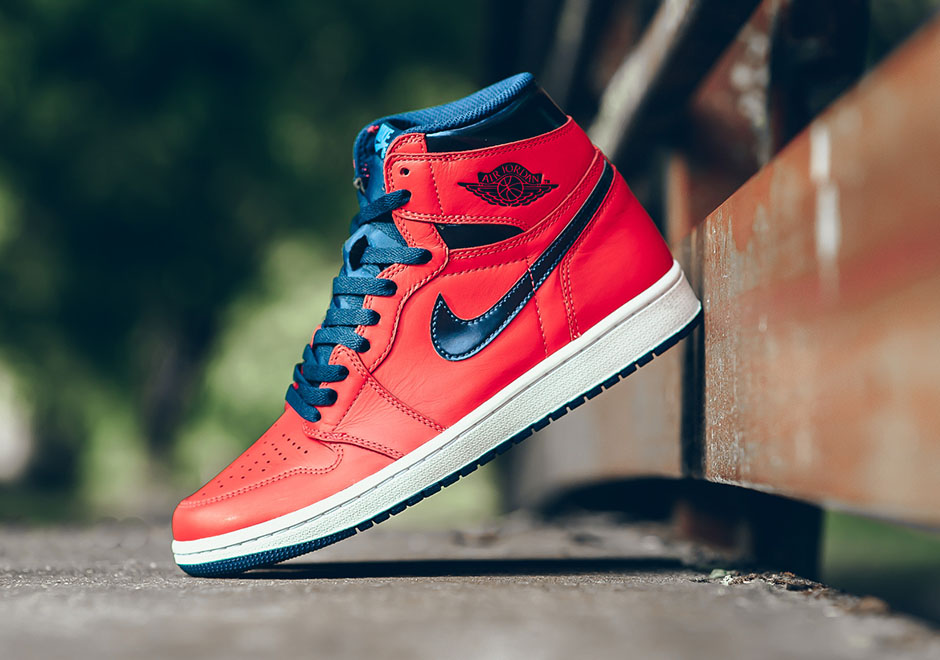 The Air Jordan 1 High goes late night next weekend, with the release of the iconic sneaker in a colorway inspired by a young Michael Jordan’s appearance on the Late Show with David Letterman. Back when MJ was 23 years old and the Air Jordan 1 was still new to the world, he appeared on Letterman wearing a bright red warm-up suit with a blue polo underneath, which is the obvious inspiration behind this new look for the Air Jordan 1 in Light Crimson with Midnight Navy accents—including the metallic paneling around the heel and for each Swoosh. The best non-OG colorway of the Air Jordan 1 since the “Shattered Backboards”? We’re going to go with yes. Get a detailed look at the Letterman Jordan 1’s here, and don’t forget that they drop next Saturday, April 30th at Jordan Brand retailers like Sneaker Politics.