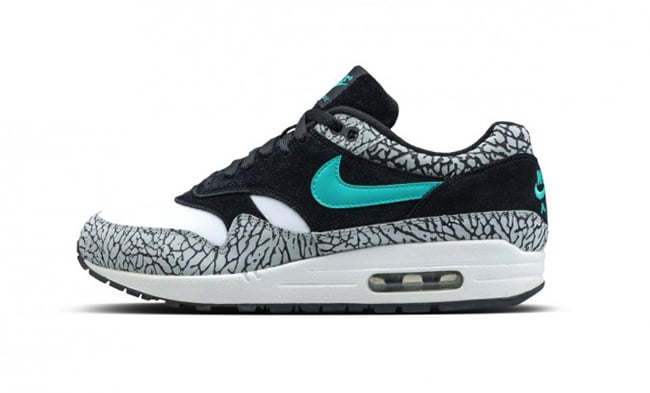 For the first time, Nike Sportswear held what they called ‘Vote Back’ which allowed us to vote on which classic Nike Air Max model would release again on Air Max Day 2017. The winner who pulled out in the final day was the atmos x Nike Air Max 1 ‘Elephant Print’.

Koji who is the designer from atmos, sat down with Hypebeast to talk about the upcoming release and his thoughts. Here is the most interesting excerpt from the article:

Have you considered updating the shoe with new colors or new materials?
“As I said, it will be released next year. It would be very interesting if I could change some design or materials for the new Air Max 1 “Elephant” 2017 ver. I’m not sure it would be approved but I’m curious… (laughs)”

While anything could happen for the atmos x Nike Air Max 1 ‘Elephant Print’ 2017 version, we are doubting that any change will happen. The reason for the shoes winning the ‘Vote Back’ was for the brand to bring back a classic. Any modification would alter the original-ness the shoes would have. However if it’s small material changes, it’s possible that Koji could get a pass.

Do you think that Nike should allow for Koji to alter the 2017 Nike Air Max 1 ‘Elephant Print’? Let us know by leaving a comment below.