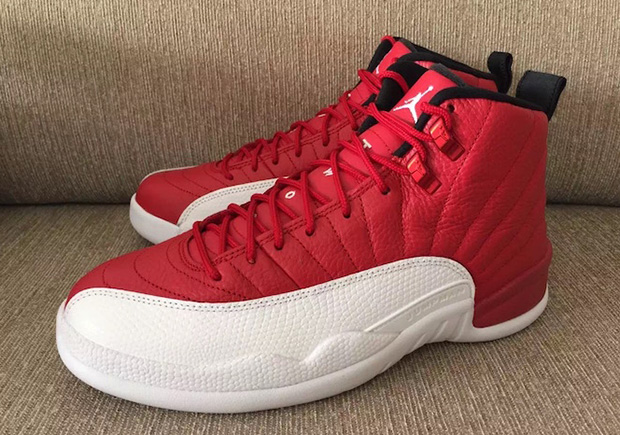 Jordan Brand’s summer release slate is almost set, highlighted by a number of awesome upcoming colorways that feature Olympic references, oft-forgotten OG installments, and the latest City Pack interpretation. But before we start drooling over this upcoming Air Jordan 12 “Gym Red” – releasing July 2nd for $190 – with its premium tumbled leather and Metallic Red accents, let’s dead the “Reverse Cherry” nickname now. Back when the Air Jordan 12 hit retailers in the traditional White/Varsity Red colorway in 1997, the shoe was inspired by Japan’s rising sun flag, but for some reason, the Cherry 12 moniker stuck. It’s not like the name was rooted in Jordan lore like the Flu Games, which referenced that iconic playoff performance against the Utah Jazz. Here a Chicago vibe is reimagined through the use Gym Red as the dominant color choice while the asymmetrical mudguard swipes across the bottom in white. Black accents land on the heel branding and lining. Stick with us after the break for a better view of this upcoming Jordan 12 release and let us know if you plan on grabbing a pair once it hits retailers on July 2nd.