Enroll at Nike University With the Air Force 1 Low “101” 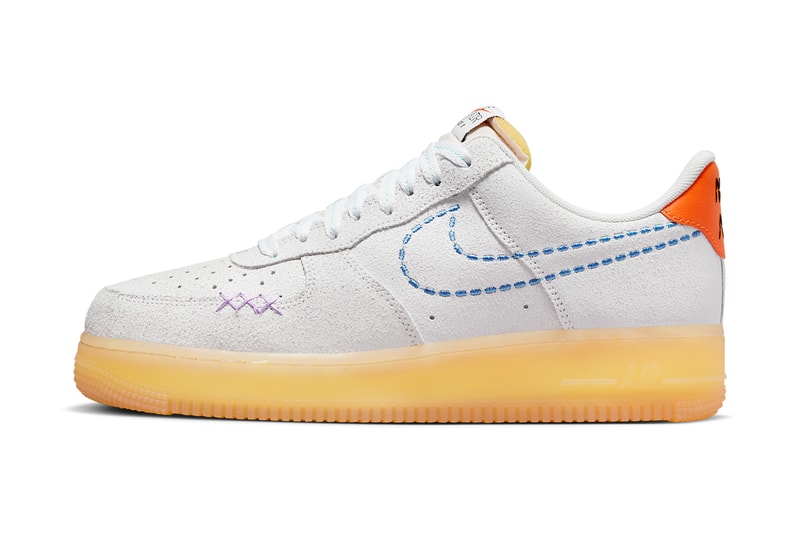 A historic Nike silhouette, the Air Force 1 has undergone countless makeovers between both in-house and collaborative designs. Initially released in 1982, the Air Force 1 continues to play a key role in Nike’s offerings throughout each year. Now, the timeless model arrives in its low-top form with a back to school “101” theme.

This time around, the Swoosh has outfitted the Air Force 1 Low with a gray suede upper that carries colorful stitching details throughout. The Swooshes are simple outlines of the shape made of blue stitches while three purple stitched X’s land on the forefoot. Branding elements at the toebox, tongue, sockliner and heel also opt for a thematic look while a gum sole completes the colorway.

Release information for the Nike Air Force 1 Low “101” has not been announced yet. However, this pair should be available via Nike and select retailers in the coming months.

In case you missed it, Zion Williamson revealed the Air Jordan 1 Low OG “Voodoo” on his Instagram page.