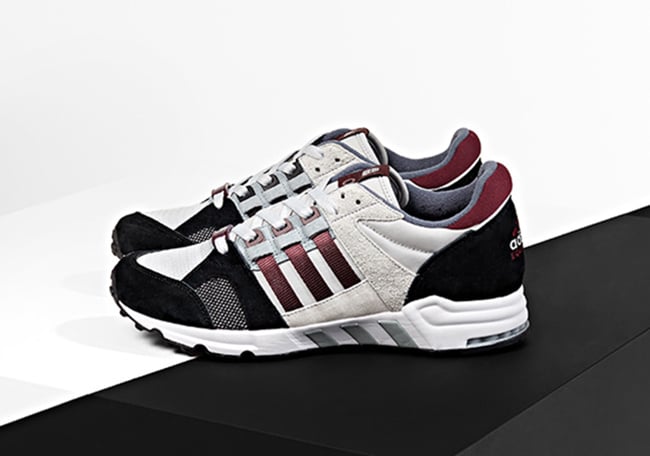 Footpatrol is the latest to join the adidas Consortium Tour. Taking inspiration from London, they are collaborating on the adidas EQT Cushion 93.

This collaboration with Footpatrol and adidas is references footwear inspired by London and has chosen the EQT Running Cushion 93 while dressing them up in a similar color combination as the classic adidas London Runner. Constructed with nylon and mesh through the uppers while pigskin suede and nubuck lands on the overlays which is done in Black and Grey. Burgundy hits are also seen which gives them a nice touch. Adding contrast, Footpatrol switched the Three Stripes webbing on the medial panel to Black. On the heel is both the adidas Equipment and Footpatrol Gasmask logos. Other details include a White midsole, 3M reflective accents and Black hitting the outsole.

The Footpatrol x adidas EQT Cushion 93 Consortium Tour is set to release on April 23rd, 2016. You can purchase them on said day at Footpatrol, but as of now, a wider release is unknown. Check back for more information and see additional images below. 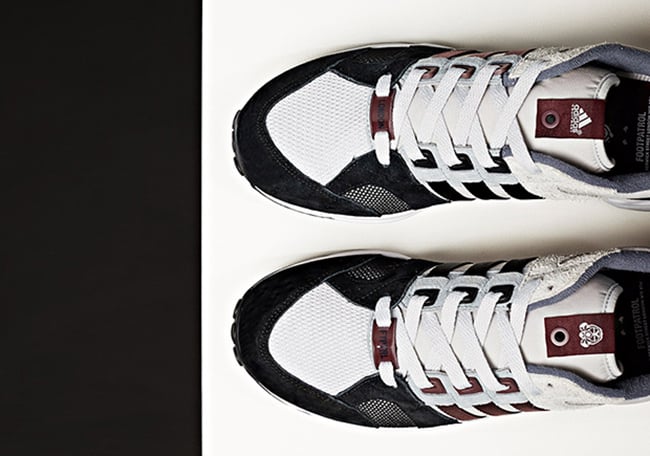 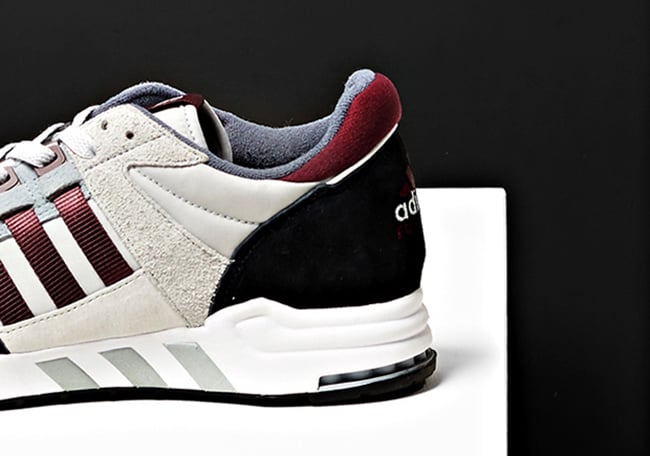 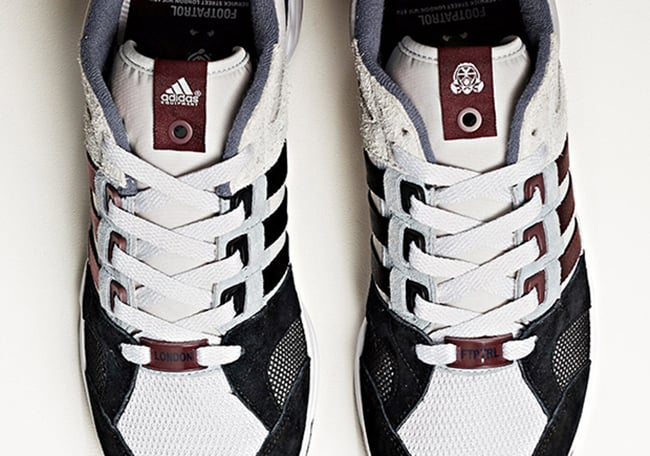 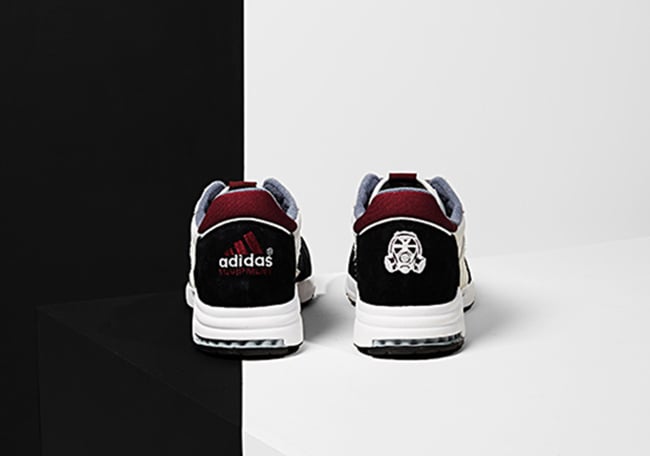 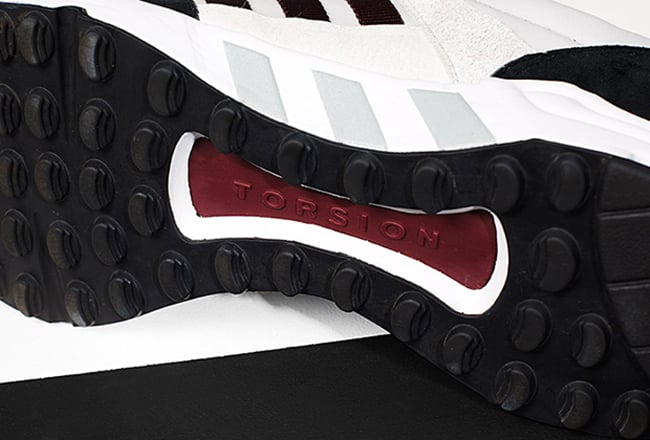