INVINCIBLE and NEIGHBORHOOD Return to the adidas Campus 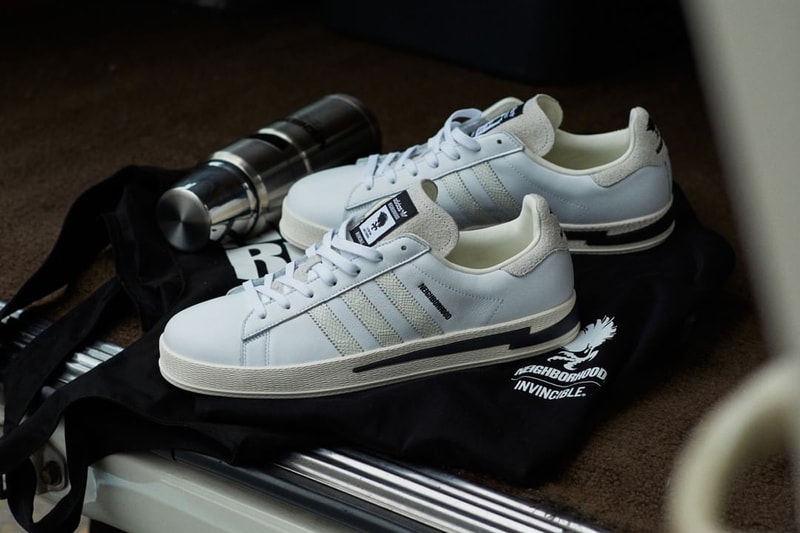 Running with the first colorway’s look, this “White” iteration brings back the midsole lightning print and branding elements such as the phoenix logo and callouts to all three brands throughout. Beyond that, this pair includes an alternate set of branded shoelaces that carries the INVINCIBLE and NEIGHBORHOOD brand names alongside the classic NEIGHBORHOOD double blade and skull logo. Completing the details of the look, the leather upper is found in white with off-white accents hitting the tongue, heel, stripes and midsole.

While a release date of June 25 and price of $4280 NTD (approx. $144 USD) has been shared, a full list of stockists has not yet been announced. However, expect these to at least be available via adidas and select retailers in Asia with a potential global release to follow.

In other news from the Three Stripes, Pharrell gave the adidas NMD Hu a bold new cheetah-inspired look.