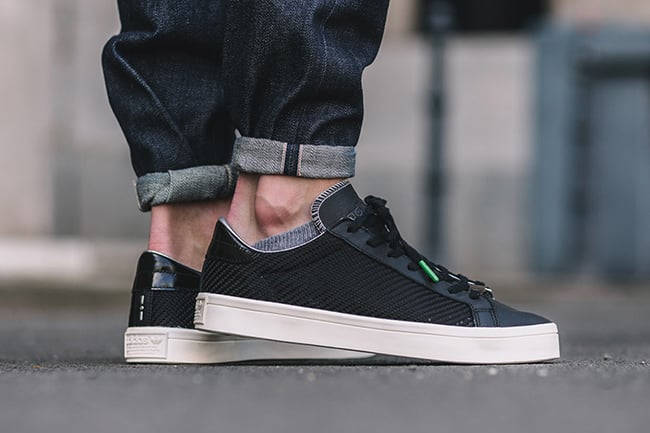 Not long ago, we made an announcement that Italia Independent would be collaborating with adidas on a pack known as Made in Italy. One of the pairs is now starting to land at additional retailers which is the Italia Independent x adidas CourtVantage.

The adidas CourtVantage in collaboration with Italia Independent features a Black woven mesh upper while the toe, tongue and eyestays feature leather. The heel will also feature leather but has a gloss finish to them. Red and Green are used on the lace tips which is a nod to Italy with Silver on the liner. Other details include a White midsole while Italia Independent’s branding lands on the heel.

The Italia Independent adidas CourtVantage is now landing at select adidas Originals retailers overseas like Overkill. Retail price is €74.95 which comes out to be about $86 USD. Most sizes are still available but if you need to see more photos, scroll below to check them out on feet. 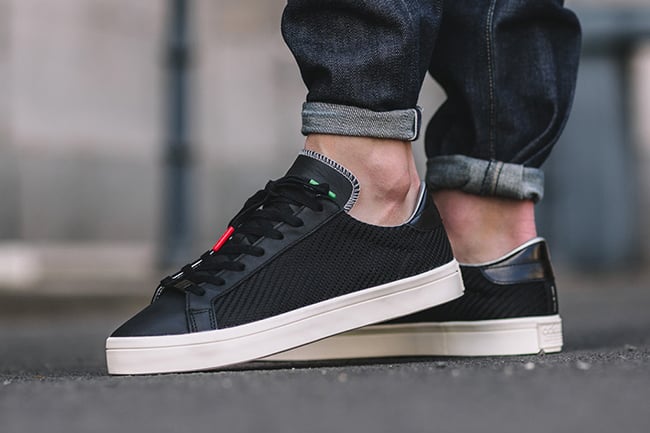 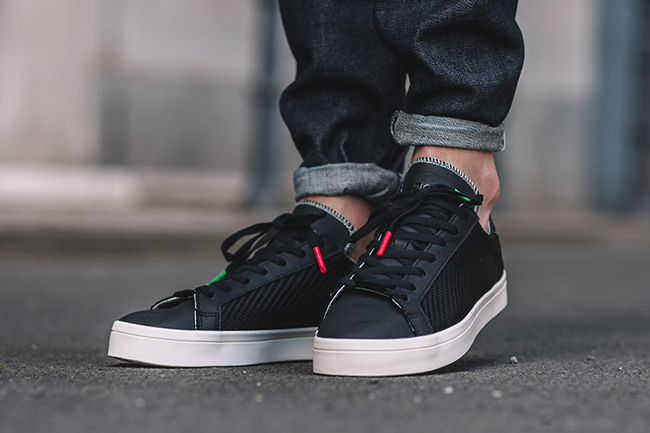