Jordan Brand Flips A Legendary Colorway On The Air Jordan 12 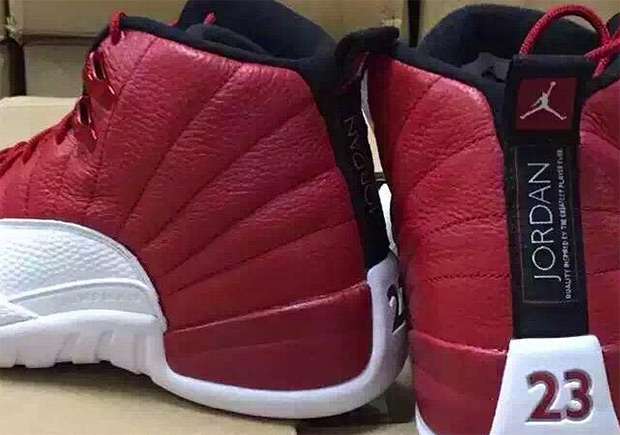 It appears that the Air Jordan 12 has inadvertently dominated 2016 with a slew of OG and Retro colorways that have become the hottest ticket in sneakers. Later this year (or July to be exact), Jordan Brand will unleash a classic mix of red, white, and black in a new way on the twelfth Air Jordan shoe, seen here in detail for the first time. It takes on a “reverse” look of the original Varsity Red, with solid-white “Wings” at the midfoot. There’s still a lot in store with the Air Jordan 12 before these arrive, because later in May we have the “Flu Game” 12s as well as the “UNC” pair in June in the works. Get another look ahead, and stay tuned for a firm release date.