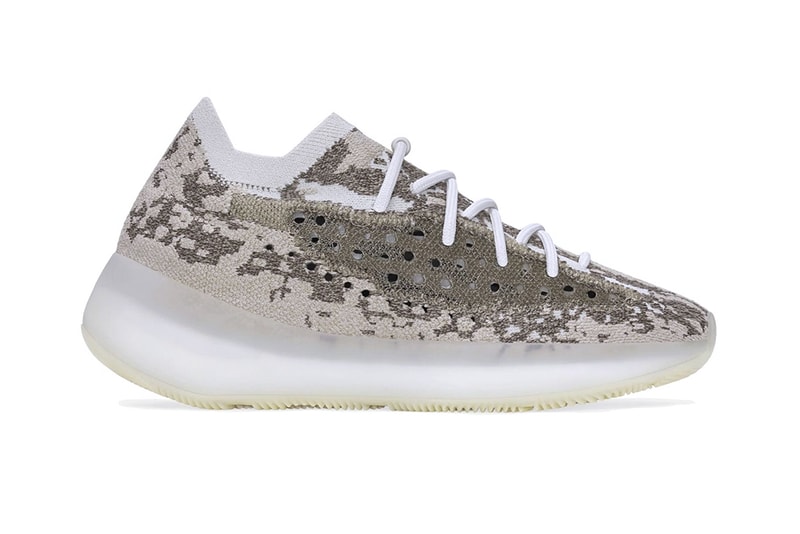 October is going to be a busy month for Kanye West and his camp at adidas as they have intentions of rolling out a bevy of new footwear installments. The next silhouette of Ye’s to pick up the tempo during the spooky season is the adidas YEEZY BOOST 380 which has now been officially unveiled in “Pyrite” and “Stone SLT” colorways.

Of this duo, the “Pyrite” offering is designed with a brighter presentation. Uppers are primarily dialed with a lighter gray hue, and come paired next to digital camo patterns that are filled in with its titular shade. Laces and and ankle collars keep the neutral streak going as they are both dressed with dusty gray hues. Rounding off its design is a milky midsole piece that houses full-length BOOST cushioning as well as outsole that are treated with off-white finish.

The “Stone SLT” variation lands on the darker side of the color spectrum. The base layer comes backdropped in black and is seated alongside various shades of gray camo patterns that drop off throughout the upper and across the quarter panels for its side stripe. Down below, the midsole piece is tinted with black and is mated with brownish-black treading.

Both pairs are expected to drop on October 18 via adidas and other retailers for $230 USD a pop.