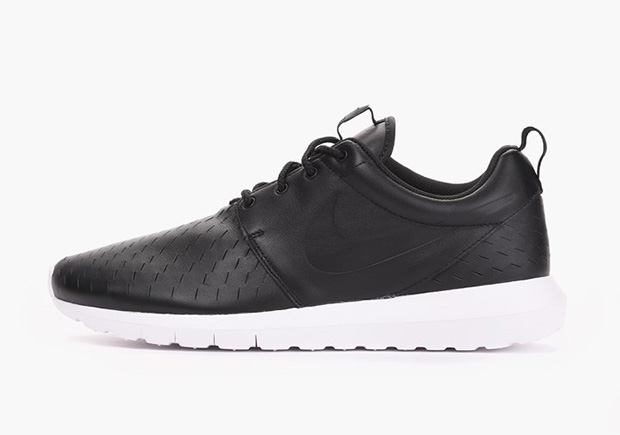 The Nike Roshe Run has seen more retoolings and variations in its near half-decade than most sneakers see in an entire lifetime. You have to give it up to Dylan Raasch’s Zen-inspired design and bare-bones approach that’s allowed for the silhouette to undergo transformation after transformation and still retain recognizable qualities as a Roshe installment. Nike Sportswear is bringing premium leather uppers to the warmer months in a way that we’ve never quite seen before. By adding laser cut ventilations, you can retain a premium style while also keeping your feet cool during the spring and summer seasons ahead. The latest colorway keeps things simple with an all-black upper aided by a white Natural Motion outsole for a classic combination. What do you think of the look? Check out a better view below and know that this pair is available at international spots like Caliroots today.