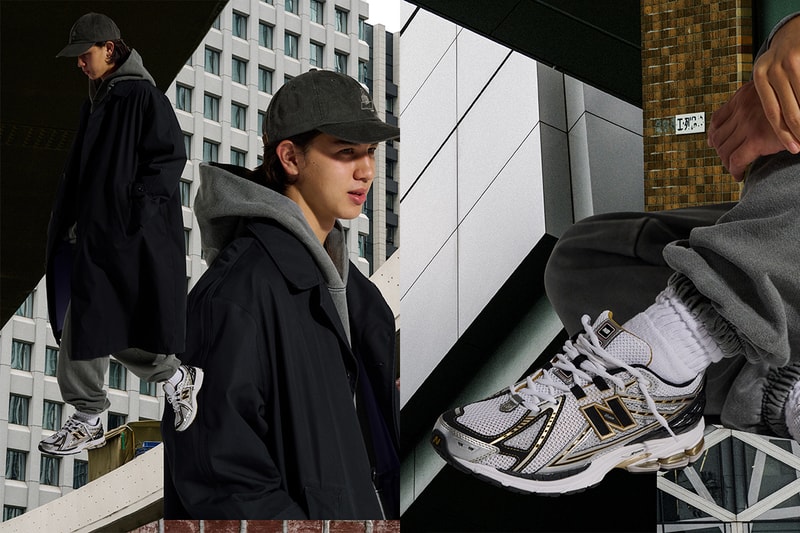 In 2009, New Balance created the 1906 tech running shoe as a nod to the 2000’s running aesthetic. To extend the silhouette’s lifespan within in a new decade, the sportswear giant is reintroducing the shoe in the form of two installments tagged as the M1906RA and M1906RB.

Extracting the DNA of the original format, the 1906R is injected with the brand’s latest modern technology fused with an everyday utilitarian style. The M1906RA takes on the original colorway following a construction of white mesh for the base lined with a combination of silver, gold and black overlays. Under the crisp white midsole is a rubber outsole showcasing a stack of three shades below the heel to coincide with the upper hues. The M1906RB opts for a predominantly nubuck build over mesh and synthetic panels inspired by the original 2002 colorway. N-Lock lacing systems, ABZORB technology and N-ergy cushioning complete both shoes for maximum comfort.

To commemorate the launch, New Balance has called upon Japanese Fashion Director and Stylist, Akio Hasegawa, to visualize his view of both sneakers within the theme of “Past” and “Future.”

“The late 90s and early 2000s was a time when many pursued expectations for the future and longed for the latest technology,” Hasegawa explained on his conceptualization for the shoot. “It was an era of technological shifts juxtaposed with the physical state of its surroundings, like buildings, and the bricks and
materials that it was constructed from.”

Standby for the New Balance M1906RA and M1906RB slated to release on the brand’s official website on August 12 in Asia and on August 19 in China.