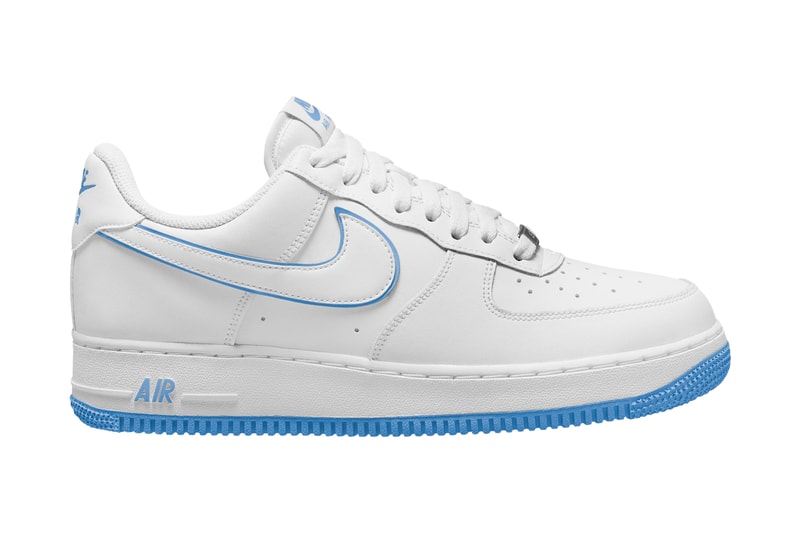 While the 40th-anniversary celebrations for Bruce Kilgore’s beloved Air Force 1 are coming to an end, Nike is already thinking ahead and expanding its lineup for the ever-popular shoe.

Slated to arrive at the beginning of next year, the Nike Air Force 1 Low has surfaced in a new white and university blue colorway. Arriving in a crisp, all-white leather base, the classic shoe features a mesh tongue and lining that is highlighted in university blue contrasting accents. The same blue outlines the Swoosh branding on the lateral shoe and is also seen highlighting the “AIR” label on the midsole and Nike branding on the heel. The university blue rubber outsole rounds out the design.

Look out for the Nike Air Force 1 Low “White/University Blue” releasing by Spring 2023 at select retailers and on Nike for $110 USD.

In other footwear news, the Nike P-6000 makes a return in a new “Metallic Silver.”