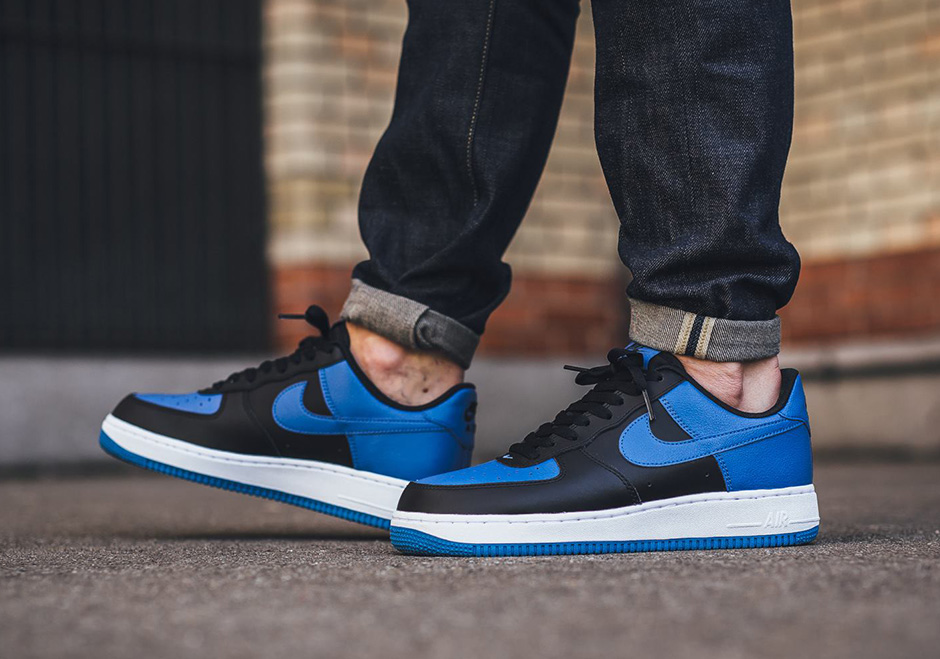 It’s hard to believe that the Nike Air Force 1 Low and Air Jordan 1 were only a few years apart, each shoe creating a dynamic change to basketball footwear history. The Nike Air Force 1‘s staying power as an iconic lifestyle selection is a testament to the simplicity of the design and Nike Sportswear’s ability to continue to push enticing colorway offerings like this summer’s upcoming J-Pack featuring translations of the AJ1’s most sought after OG looks. The “Royal” pair accomplishes this feat thanks to a combination of Star Blue leather panels and a black base for a nod at Nike’s early basketball progression. Be sure to check out more on-feet looks below and let us know if you plan on picking up a pair when these drop later in May 2016.