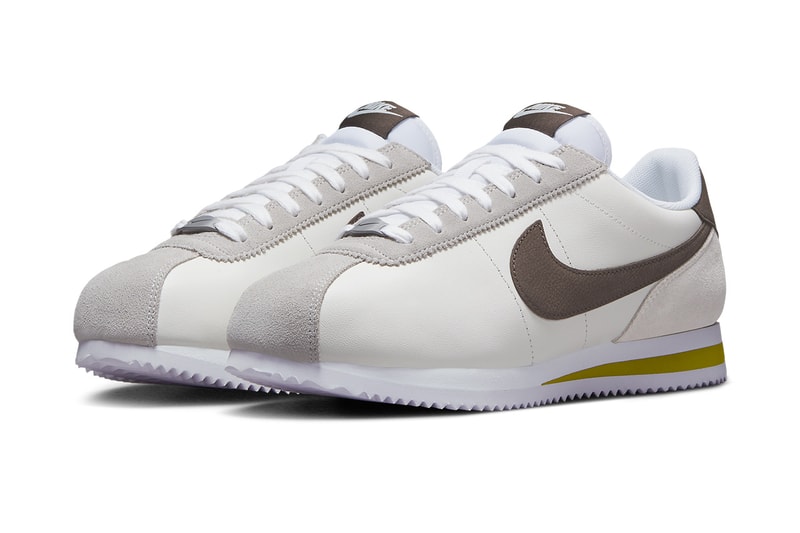 While we’re still in the early half of the year, Nike is already getting its sneaker releases ready for August 8 — the brand’s unofficial SNKRS Day in Korea. Back in December 2022, the imprint revealed a celebratory Air Jordan 1 Low colorway, and now we’re learning that a Nike Cortez “SNKRS Day” iteration will be joining its company.

Like its collection sibling, this upcoming iteration is pieced together with an understated presentation. Leather lateral and medial panels are prepared with a “Sail” hue and complemented by grayish-brown accents that top off the Swooshes, Nike-branded Nike Cortez tongue banners and the heel overlays. A direct nod to Korea can be found on the heels which have been reimagined with dark gray graphics of a magpie — Korea’s national bird. Nike designers get clever with its execution here by carving room for a tiny Swoosh to appear on the high-flying animal’s body. Down below, the sneakers ride atop a crispy clean white sole unit that features a swampy green stripe that runs from the mid-foot to the rear.

No release info has been confirmed by Nike just yet, but you can likely expect these to hit select retailers overseas alongside more models closer to the August 8 festivities.

In other news, take a look at this week’s top footwear drops.