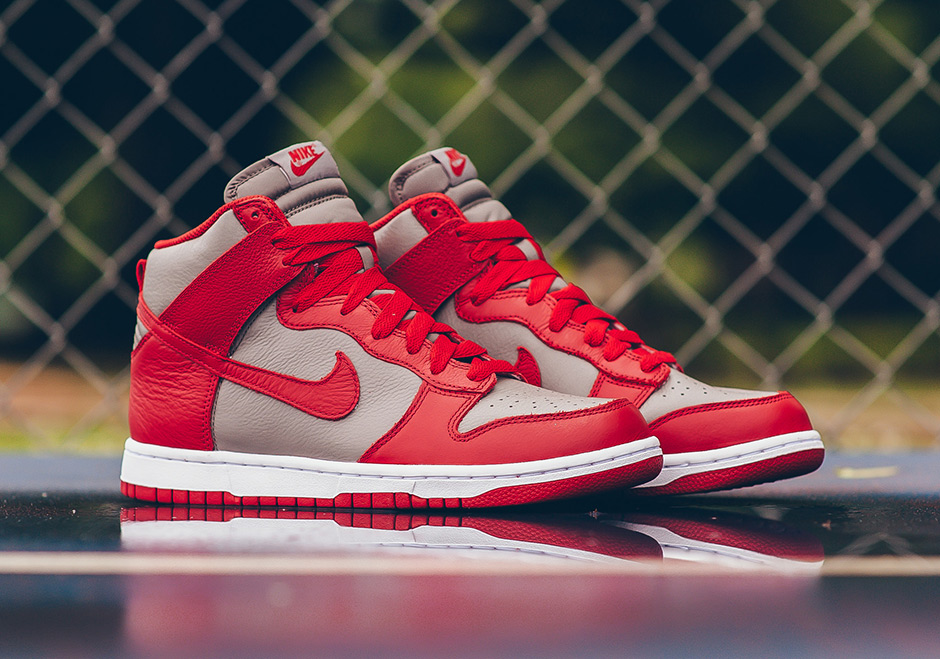 The UNLV Runnin’ Rebels basketball program has one of the most interesting histories of any NCAA school. Once referred to as Tumbleweed Tech given their complete obscurity, the Rebels became an iconic basketball school throughout the late-80s to mid-90s thanks to the contributions of legendary coach Jerry Tarkanian (and some noteworthy recruiting violations). They were reality’s version of Blue Chips essentially. Nike Basketball benefited from the Rebels signing on during that timeframe though, and rewarded the school with their own Nike Dunk High as a part of 1985’s “Be True To Your School” Pack. A premium tumbled leather consisting of Soft Grey and University Red rewarded the school’s Swoosh loyalty and is making a return to stores this month in a coveted Quickstrike. You don’t have to wait until the middle of the month to grab this pair as previously reported either, as the UNLV Dunk Highs are available now from select spots like Sneaker Politics.