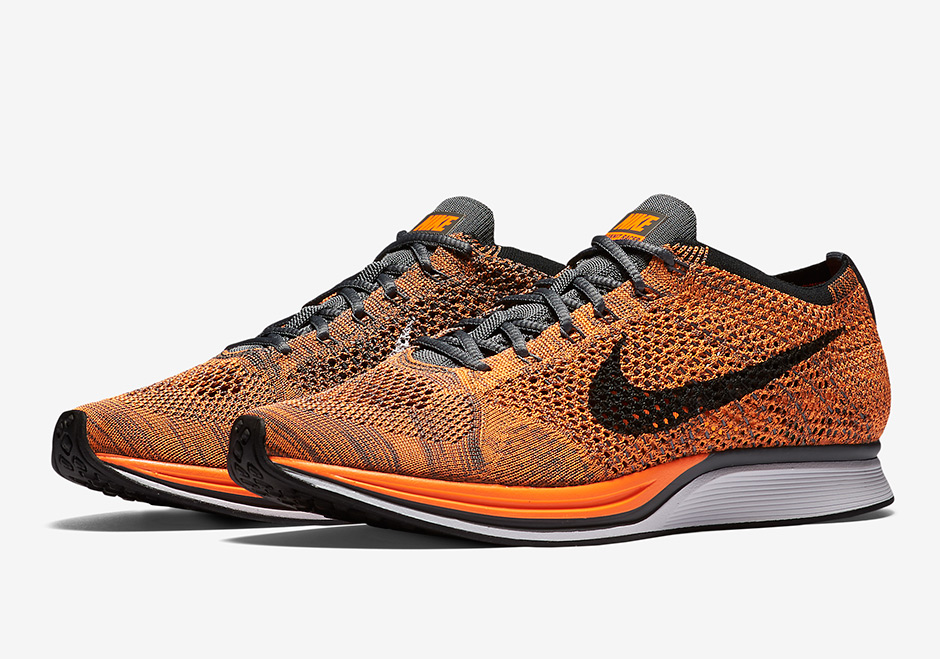 The Nike Flyknit Racer has been Nike Sportswear’s summer silhouette of choice since being showcased during the 2012 Summer Olympics. It shouldn’t come as a surprise then that NSW is picking up where it left off last season with a bevy of tonal colorways to hold you down for the warmest months ahead. The latest look utilizes a simple Total Orange and Dark Grey combination throughout as the medial side displays a bit more speckling, an alternate Swoosh color, and touches of reflective 3M material throughout. Check out more detailed shots below and pick up this pair on June 10th for $150.