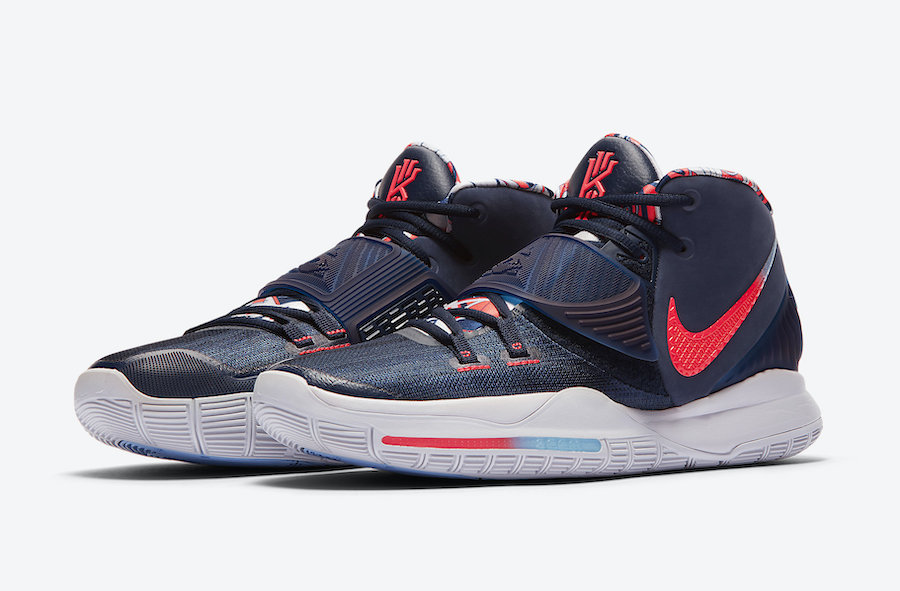 As we continue to preview upcoming Nike ‘USA’ inspired releases, Kyrie Irving’s signature shoe, the Kyrie 6 will join the lineup.

This Nike Kyrie 6 features Midnight Navy throughout the upper while Red accents land on the Kyrie branding including the gradient Swoosh logos on the lateral side. Following we have the ’Seeing Eye’ design that runs across the tongue and liner. Completing the look is a White midsole and rubber outsole.

You can expect the Nike Kyrie 6 ‘USA’ to release at select retailers including Nike.com on April 24th. Retail price is set at $130. Continue to scroll below to check out more images which will give you a closer look. 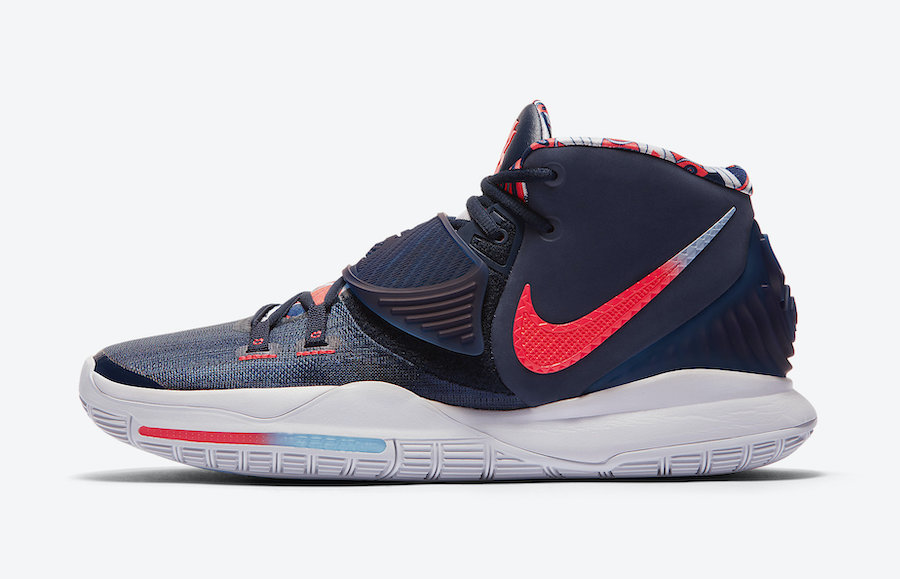 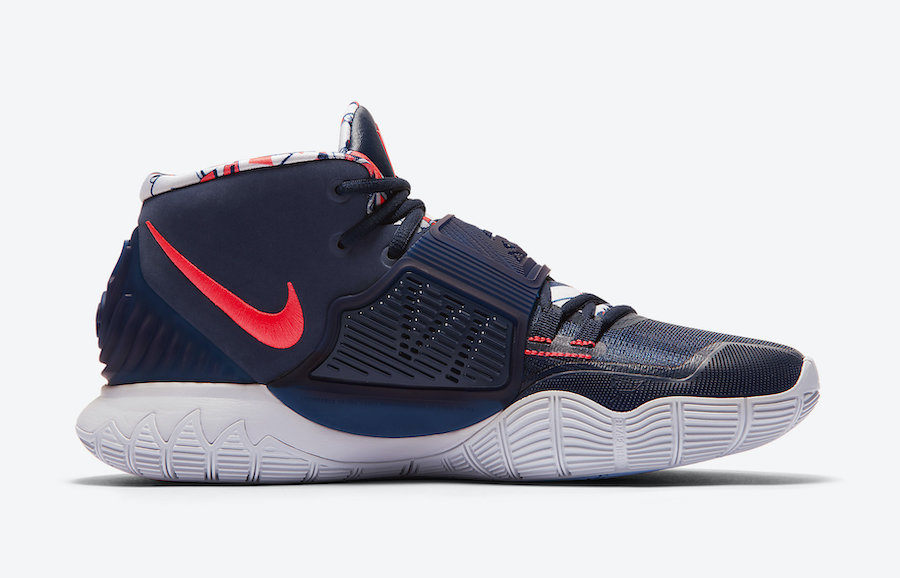 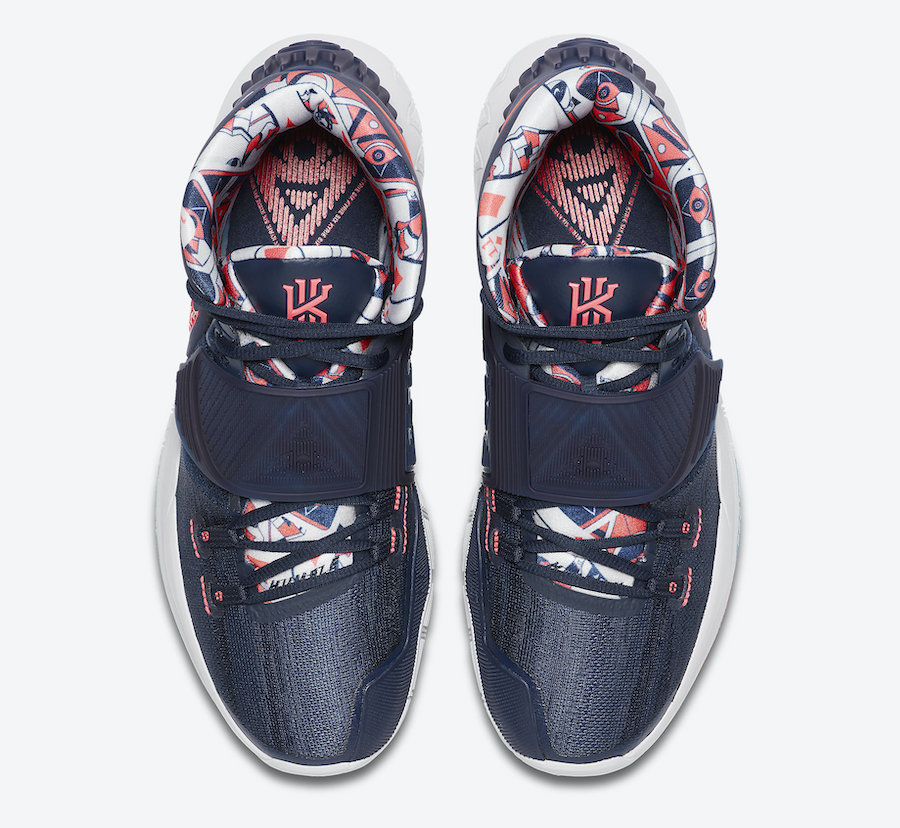 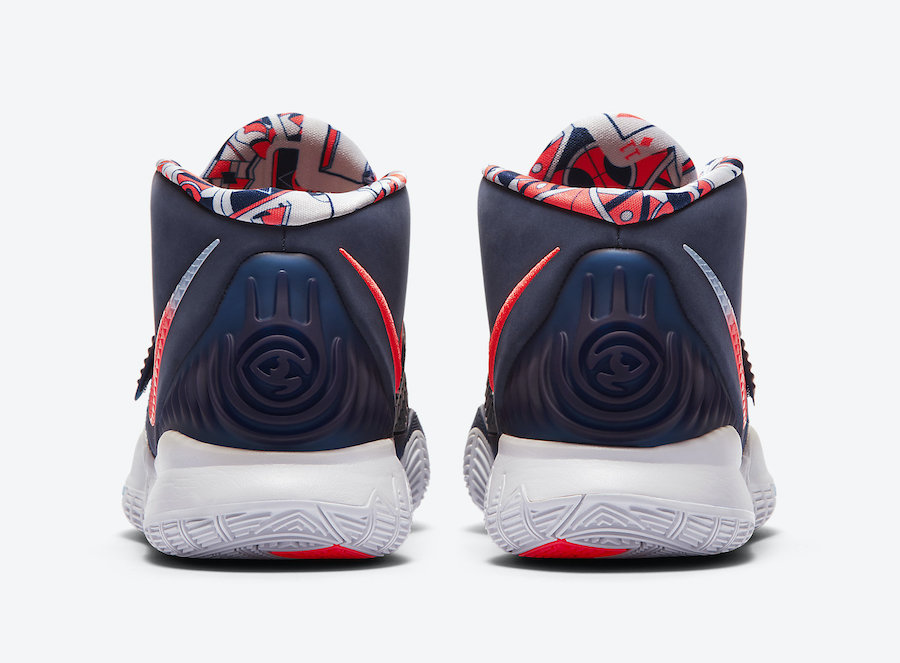 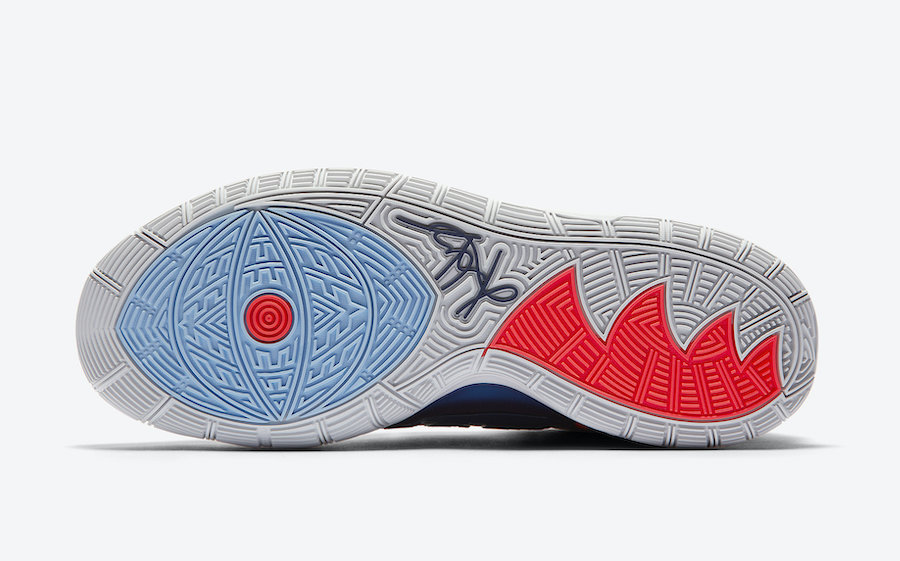 The post Nike Kyrie 6 Releasing in a USA Colorway appeared first on SneakerFiles.