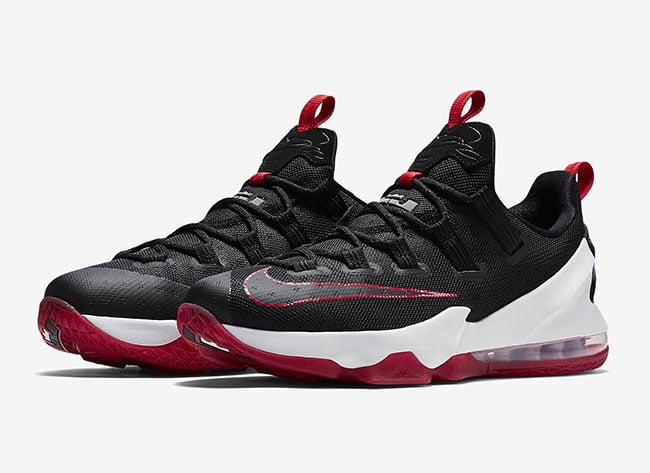 Nike Basketball and LeBron are getting ready to debut the low top version of the LeBron 13. What appears to be one of the first color schemes to debut is the Nike LeBron 13 ‘Bred’ which should grab some additional attention due to the popular color theme.

As you can see, Black covers the uppers as well as the tongue, liner and around the heel on this Nike LeBron 13 Low. Following is White placed through the midsole while Grey lands on some of the LeBron branding. Finishing the Bred theme is Red which is seen on the tongue and heel tab, outlining the Swoosh and across the translucent outsole.

The ‘Bred’ Nike LeBron 13 Low looks to be the first low top model to release from his thirteenth signature shoe. This pair will debut at Nike Basketball retailers during Spring 2016. Retail price has yet to be announced but make sure to check back for details. Below you can also treat yourself to a detailed look.

Update: While we wait for the ‘Bred’ Nike LeBron 13 Low to officially release, we now have official images. They should be launching soon, so make sure to check back for new details. 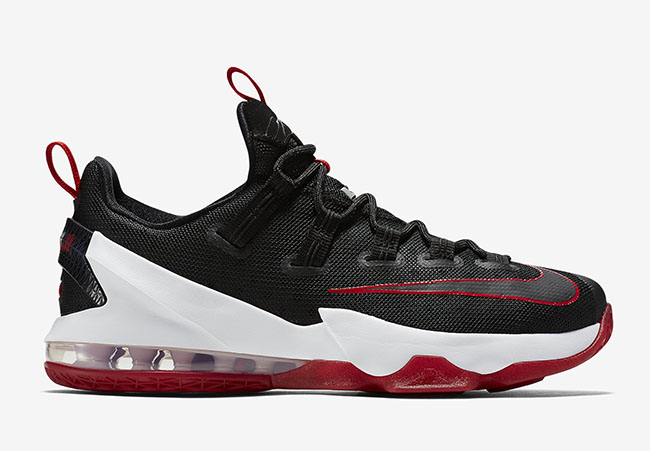 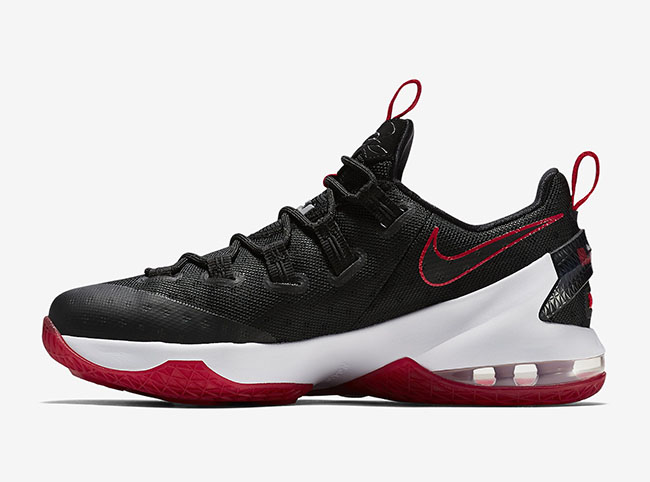 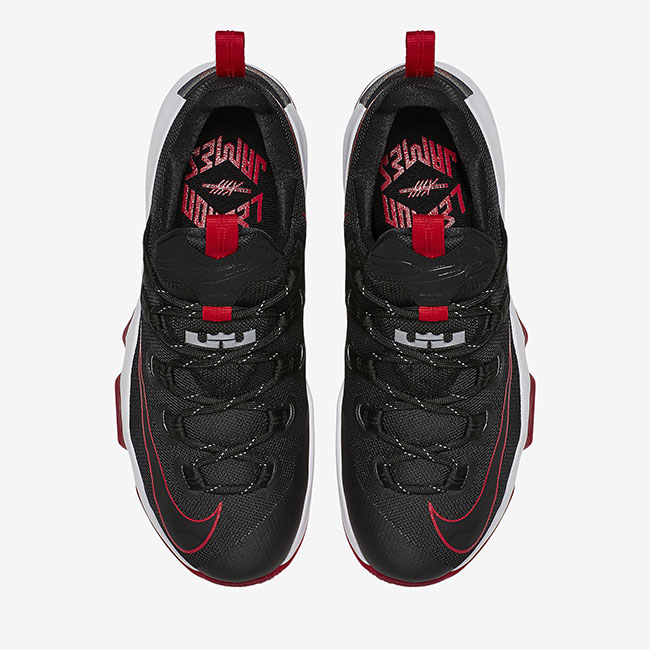 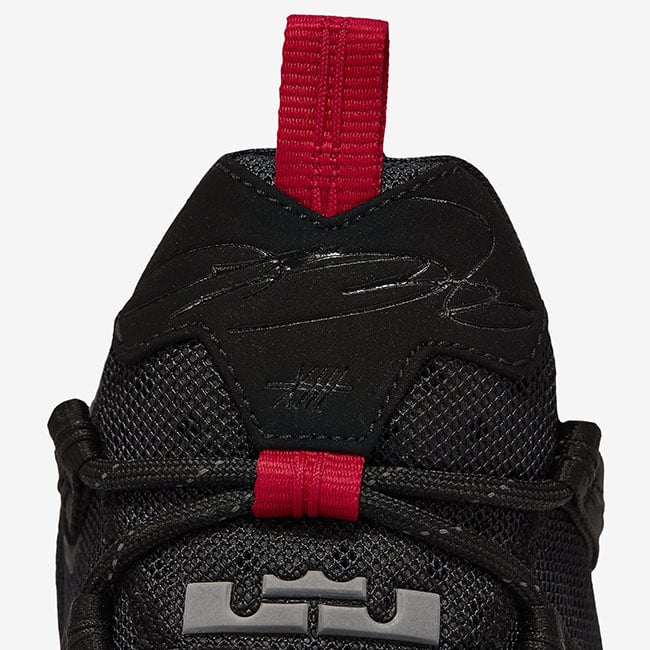 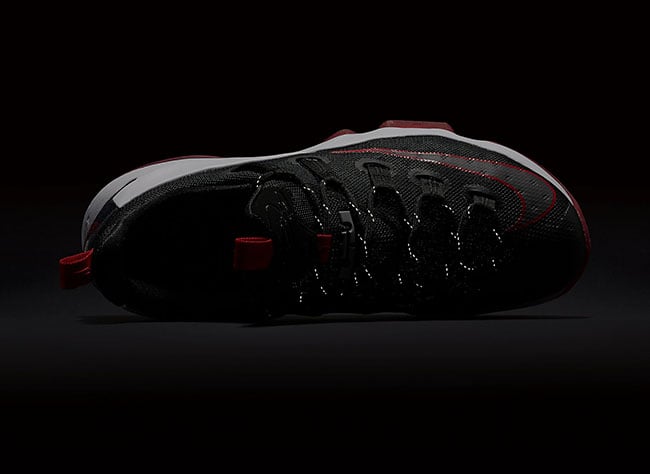 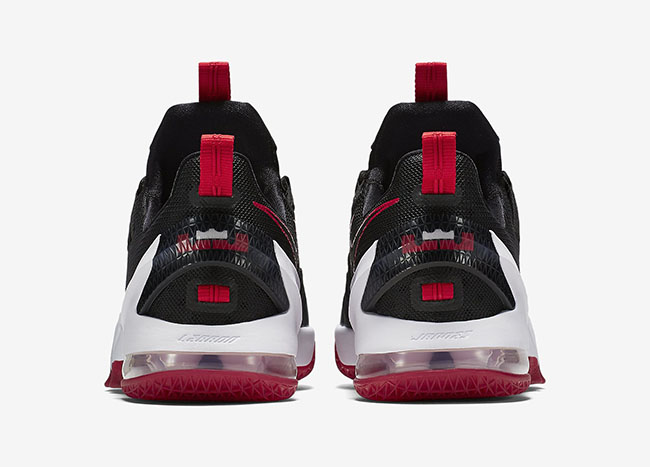 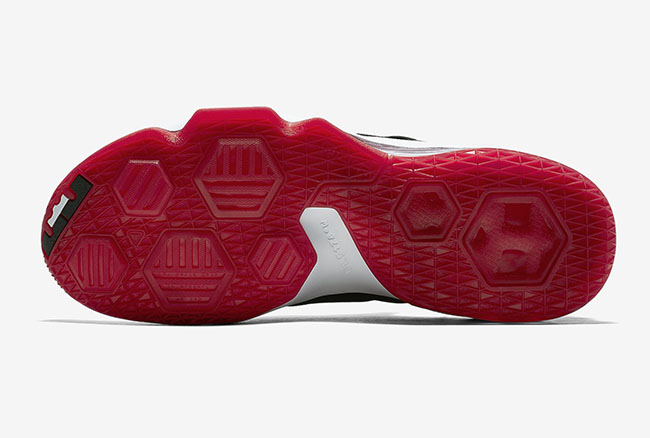 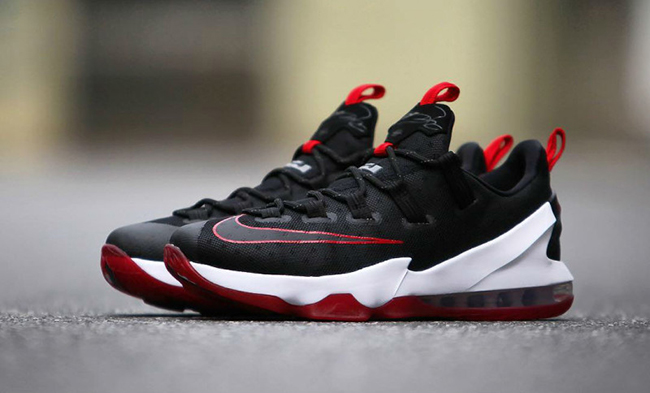 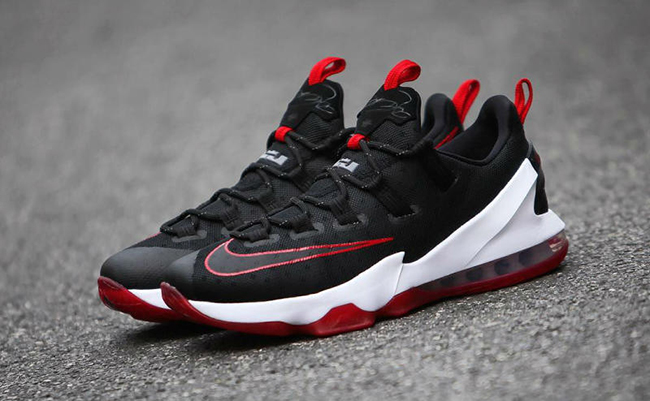 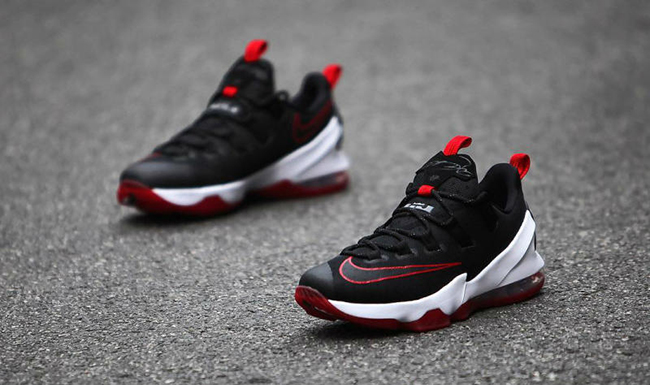 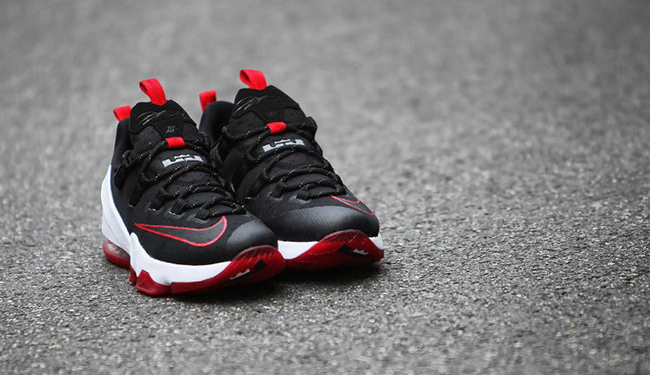 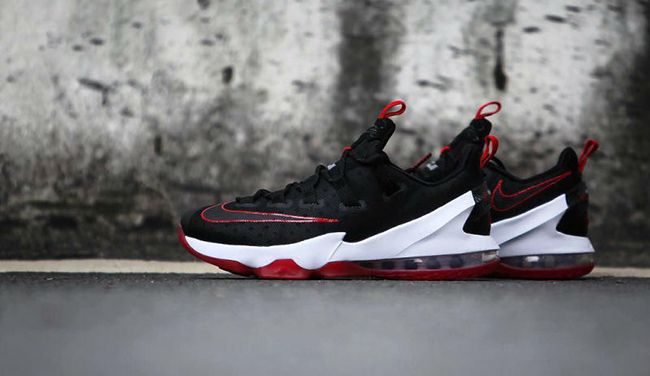 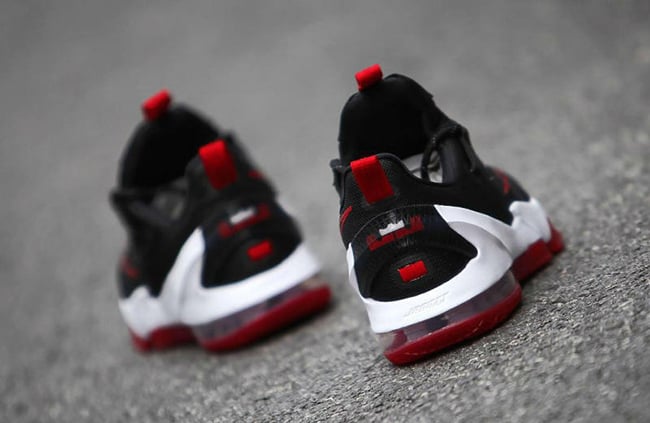 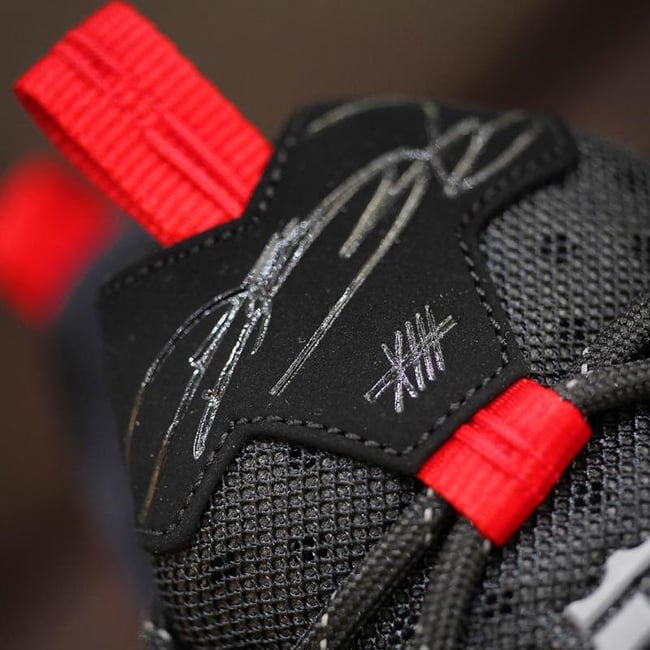 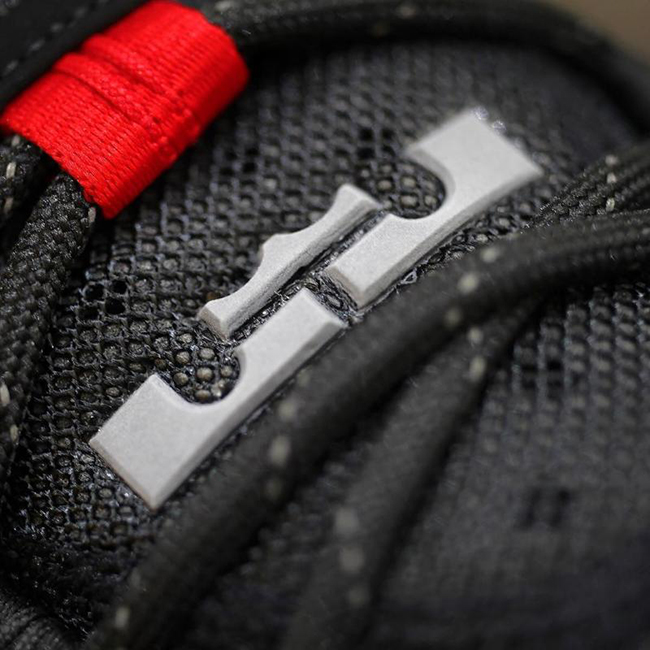 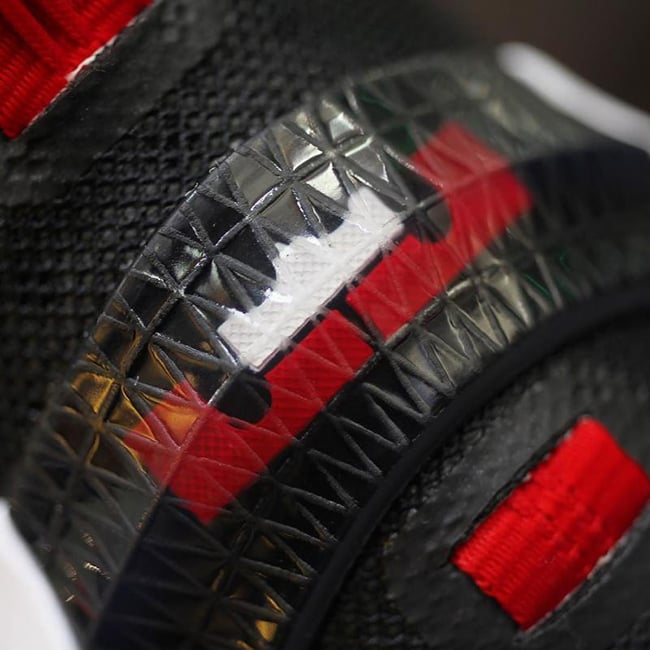 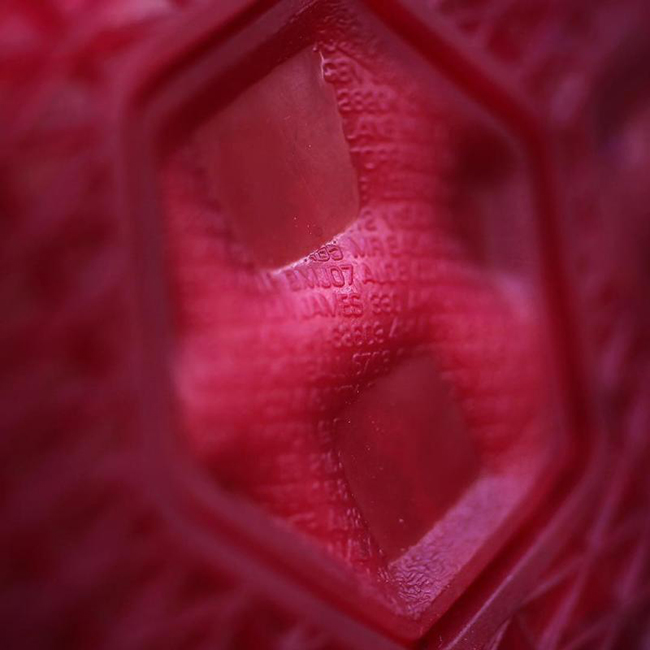