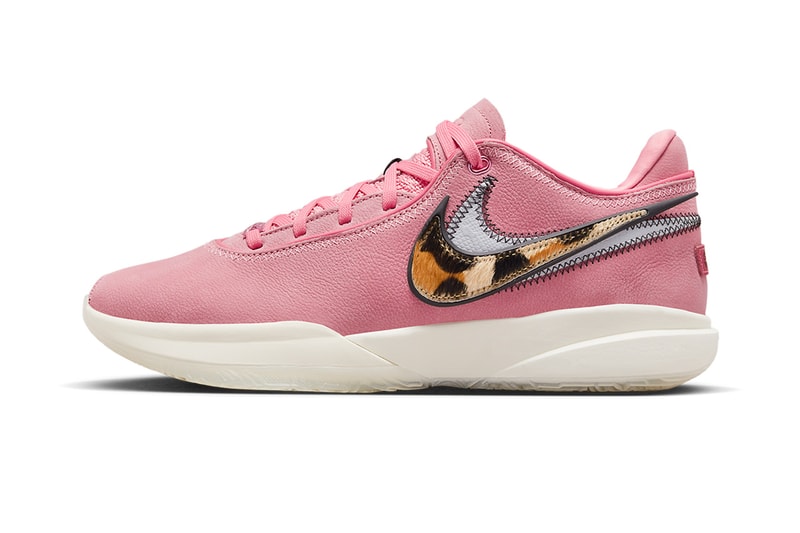 LeBron James‘ signature Nike LeBron 20 has been getting every moment to shine this NBA season, and now it has appeared with a bold new pink makeover that features checks with animal prints. This official unveiling of The King’s latest colorway arrives hot off the heels after his court-ready silhouette appeared with a multi-colored arrangement.

For this pair, Nike made drastic modifications to its upper build. The hoops model usually appears with a breathable mesh upper, but it has been remixed with a premium, tumbled leather that’s dyed in a bubblegum-esque color. Double-stacked Swooshes are styled in contrasting fashion — the backdropped logo appearing with white filling and black exposed stitches while the foreground insignia is done up with faux hair textures that feature beige, dark brown and golden brown cow-like patterns and graphite borders. Further embellishments to call out include the metallic pink “XX” lace deubres, crown patches that sit on the heels and the “XX” logos that are laid on the footbeds. Below, the sneakers are designed with milky exteriors and translucent treading.

No release info has been announced for this pair yet but you can likely find Nike and other retailers release these in the coming months.

For other footwear news, peep a look at the next Tom Sachs x NikeCraft General Purpose Shoe.