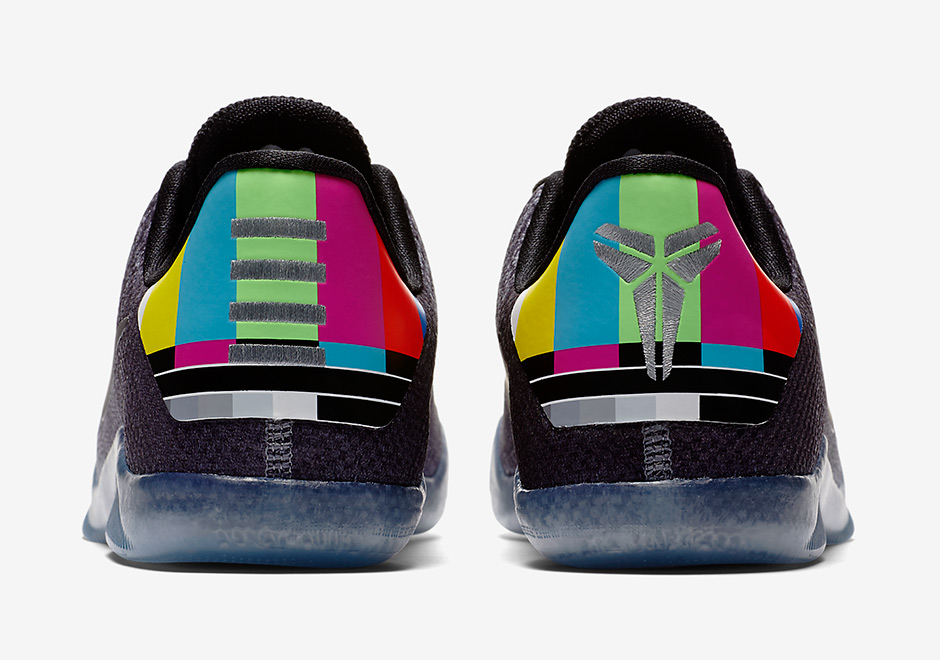 Kobe Bryant spent an entire two decades having his world-class skills broadcasted for the world to see. An MVP, five championships, and countless achievements later, the Black Mamba has finally called it quits (after one last 60-point performance of course) and now Nike Basketball is facing a post-playing career Kobe lineup from here on out. Next up is a grade school exclusive Kobe 11 featuring broadcast color bars in a nod to television. The Flyknit upper goes for a simplistic Wolf Grey and Black striping to allow for the vibrant heel to stand out. What do you think of the look? Get with us after the break for a better view of the latest television-themed Kobe pair exclusively for the kids and know that this release will hit retailers on May 27th for $135 USD.