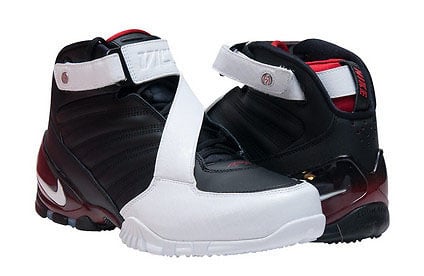 Last year, news broke that the Nike Zoom Vick 3 ‘Falcons’ Retro would return to retailers in 2016. For those that have been waiting for the re-release, they are now available.

The first Nike Zoom Vick 3 retro to release comes in Black, University Red, White and Metallic Silver which would go perfect with a throwback Atlanta Falcons Michael Vick jersey. Featuring a mixture of leather and synthetic materials, Black lands on the base while White is used around the toe that extends to the mid-foot strap while having a reptile texture. Other details include Red accents around the heel and Vick branding along with hits of Metallic Silver.

The Nike Zoom Vick 3 Black Red White Retro is now starting to release online with JimmyJazz.com being the first retailers to drop them. While there isn’t a specific release date for this model, you can expect additional Nike Sportswear retailers to have them in the coming weeks. Retail price is $160, however there are pairs available now on eBay below retail.

Take note that JimmyJazz.com has an error on the shoes stating the model is the Vick II, but we assure you, it’s the Vick 3. 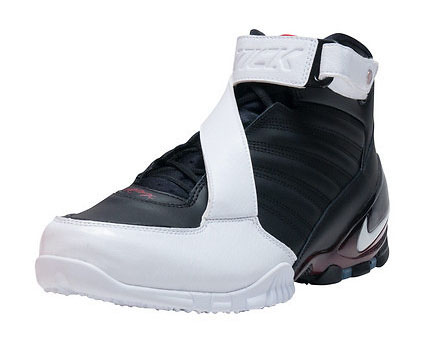 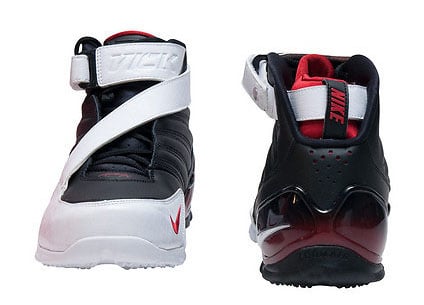 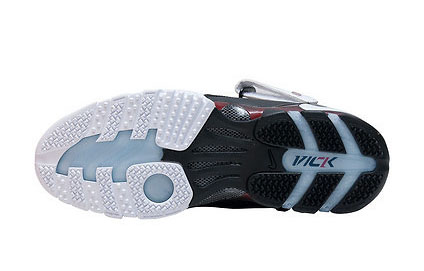