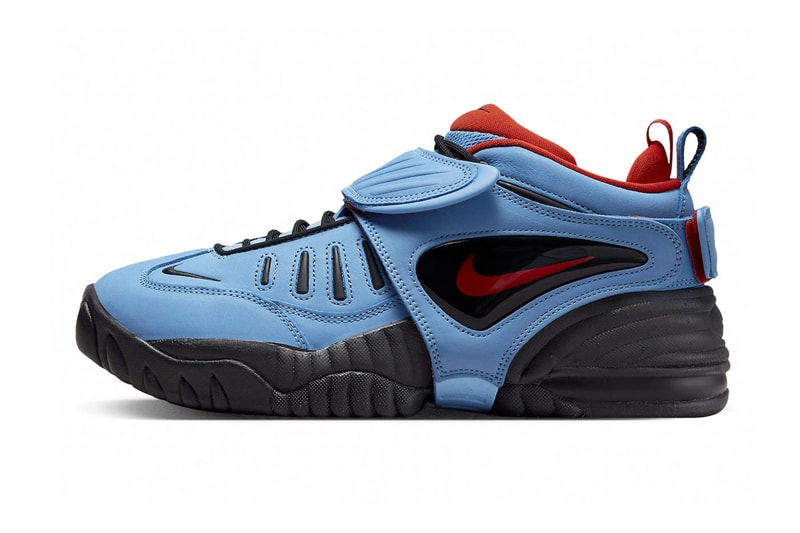 Following the official reveal of “White” and “Black” pairs last month, AMBUSH and Nike return with “Blue” and “Orange” colorways of the Air Adjust Force. The colorways follow the duo’s 2021 collaborative release of the Dunk High, this time pulling the Air Adjust Force from the archives. Led by Creative Director and co-founder Yoon Ahn, AMBUSH has continued to connect with key labels throughout the industry and once again provides its cutting-edge design touch with Nike.

Now, after an early look at these pairs, we’re offered a complete breakdown of this upcoming release. The removable shrouds that wrap from the heel to midfoot remain a focal point with collaborative branding found throughout. Both pairs are equipped with Nike Grind rubber, the Swoosh’s recycled material, at the outsole. In “Blue,” a sharp shade of blue lands on the upper while black contrasts the pair with an all-black sole unit and accents that run with hints of orange throughout the upper. “Orange” offers a bright, tonal look with a shade of maroon hitting the laces and lining.

A release date for the AMBUSH x Nike Air Adjust Force in “Blue” and “Orange” has not yet been announced by the Swoosh. However, expect these pairs to hit shelves via Nike and select retailers by the end of the year at a price of $210 USD.