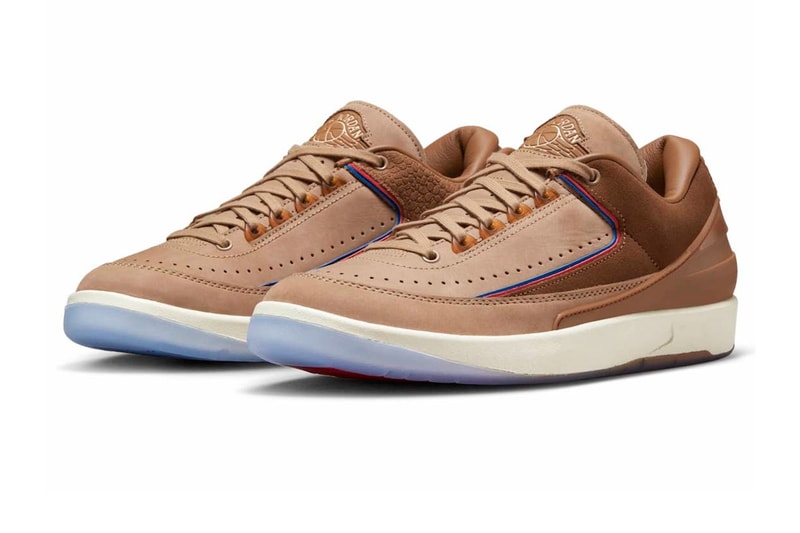 Of all the retro silhouettes in Jordan Brand‘s repertoire, there are few that are having a more eventful year than the Air Jordan 2. The silhouette has ran the gamut of collaborators thus far as projects alongside Maison Château Rouge, global Colombian icon J Balvin and A Ma Maniére have revealed, and it will only continue to add more entries as the year proceeds. The next iteration to be officially uncovered is the Two 18 x Air Jordan 2 Low which comes packed chock-full of small-yet-striking details.

For context, Two 18 is one of the freshest faces in the streetwear scene that’s based out of Detroit, Michigan, and this iteration is an overt love letter to its hometown. Uppers are devised with an earthy ensemble as various shades of tan are tossed onto its base layer. Materials vary from sultry suedes to buttery nubucks to rocky medial textures on the base while smooth leathers line its insides. Thin blue and red stripes outline the quarter panels — which may act as a subtle nod to the Detroit Pistons, and the lace loops have been remixed with a golden yellow marbled effect. Interior sides of the tongues alternate between a “Through It All” banner on the left shoe and a “Two 18” hit on the right, while the insoles come printed with an actual map of Detroit. Moreover, the kicks are packaged with hang tag that features the shop’s tonal bird logo.

Check out a closer look here and find these releasing during the holidays for $200 USD.

Looking for other news? The Air Jordan 12 Low Golf “French Blue” has been revealed.