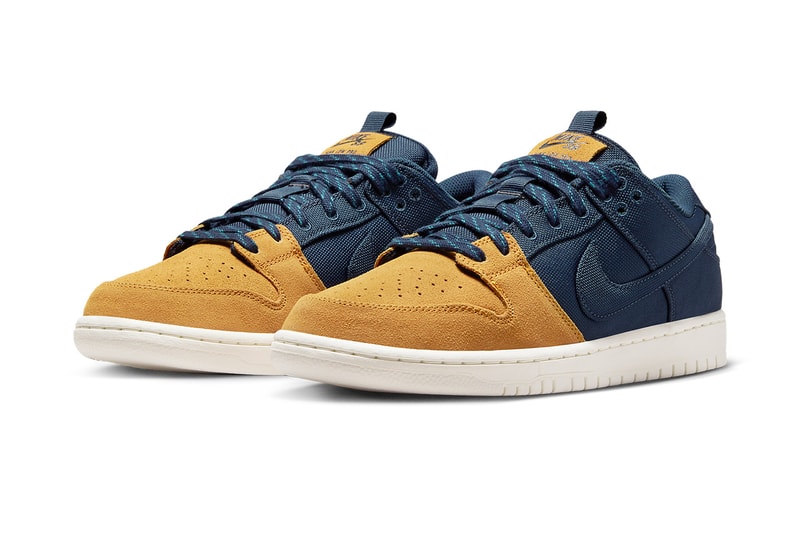 While collaborations tend to generate the most excitement when it comes to the output from Nike and its Nike SB division, the skateboarding-focused sub-label still gives its inline lineup a generous amount of love. Lined up for the coming months is the Nike SB Dunk Low “Midnight Navy/Desert Ochre,” and after popping up via early imagery towards the end of 2022, the kicks have now resurfaced by way of Nike official photos.

This forthcoming installment gets its power from its unique blend of materials that make up its top-layer build. Forgoing the traditional smooth leather fabrics that we’re accustomed to seeing on the classic Swoosh model, this rendition ushers in canvas to style the quarters, heel overlays, collars and tongues while the forefoot overlays and toe boxes are made out of suede. The former panels dominate the base with their “Midnight Navy” complexions while the latter plays a secondary role with their “Desert Ochre” exteriors. Additional details to note include the flecked laces that are styled with tiny sparks of a bright blue, the tongues that feature Nike SB patches and the insoles which are printed with special Nike SB graphics.

At the time of writing, a release date hasn’t been announced yet, but Nike will be dropping these in the coming months.