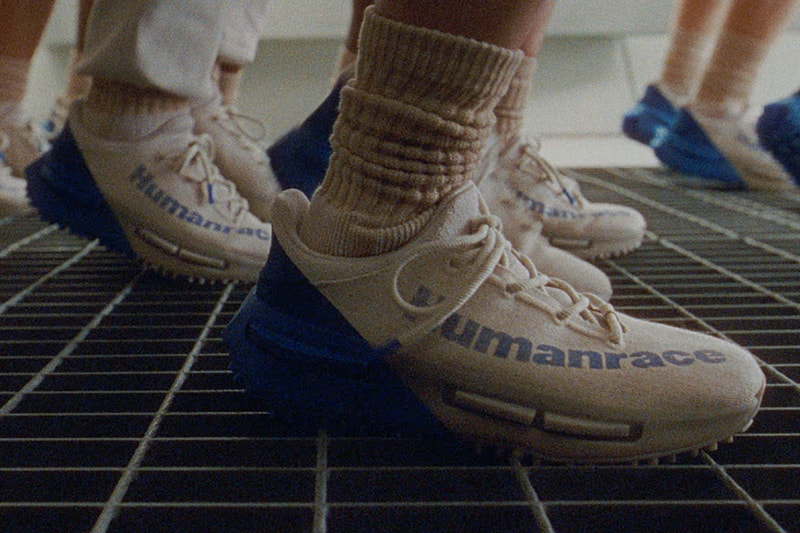 Collaborations with music artists continue to one of the primary driving forces for adidas, and in 2023 the German imprint intends to introduce a wealth of new striking team-ups. One of the imprint’s roster member that is slated to make some noise this month is Pharrell who has aligned with the Three Stripes and to further advance his Humanrace footwear line with the debut of the adidas NMD S1 MAHBS.

Inspiration for this newest offering is predicated upon finding another channel of communicating the Virginia Beach native’s love for humanity. “MAHBS, especially the naming convention, are yet another opportunity to be the expression of a group of humans, a mob”, says Williams. “But we want to take these expressions an appropriate them for good. Positive propaganda, if you will.”

The overall shape from the adidas NMD S1 is retained, but the multi-hyphenate executes adjustments to its upper build along with its branding. The low-slung model forgoes using the traditional PrimeKnit material for the base and instead ushers in a canvas material that’s done up in an “Oatmeal” hue. Bold blue accents stand out across the oversized Humanrace branding printed along the quarter panel as well as the heels, which are styled with the “dipped” effect. Trefoil-shaped treading is present down below to provide ample traction for wearers.

Peep a closer look above and note that the first NMD S1 MAHBS will be available via CONFIRMED, through adidas’ site, Humanrace and in-store via select retailers on January 27. The MSRP price is set at $230 USD.