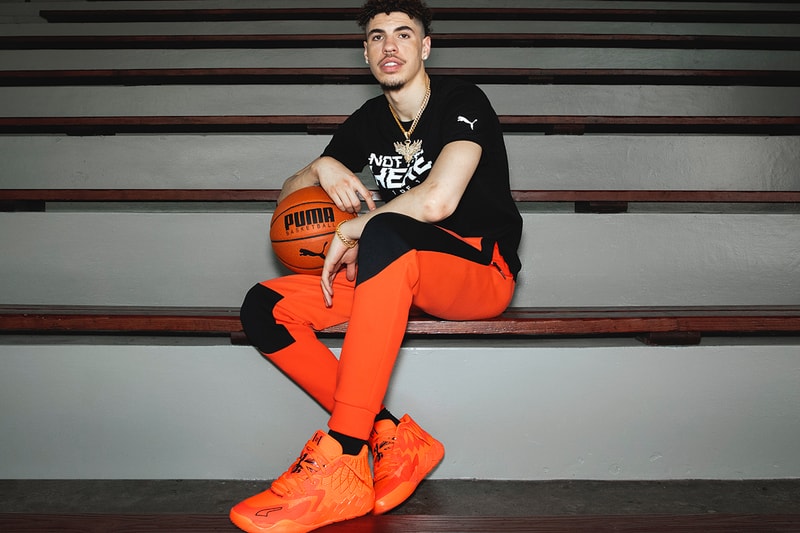 LaMelo Ball lived up to the hype in his first year as an NBA player, and after claiming the Rookie of the Year title last season, PUMA acted fast and gave him the opportunity to launch his own signature shoe: the MB.01. The shoes were first spotted on the soles of the crafty point guard during the 2021 Summer league, but now the brand has officially revealed his heavy-detailed kicks.

Save for the stark black accents that arrive in various positions throughout the upper, the shoes are submerged in a bold, blaring red hue. The court-ready shoes draw inspiration from his personal style and include artsy elements such as the flame outlines that spew out from the ankle collars to line up with his famed rocket tattoo on his ankle. An outline of the PUMA stripe is planted onto the forefoot and the tongues feature “1-of-1” notations. Additionally, the bottom of the throat has “Not From Here” spell outs which is the pro hooper’s motto, and the word “Rare” is stationed inside of the red-tinted outsoles.

The MB.01 is slated to drop via PUMA and select retailers like Foot Locker come December for $125 USD.