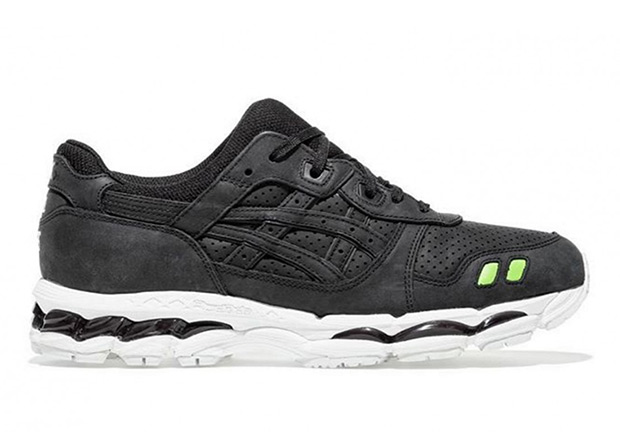 Ronnie Fieg put retro ASICS runners back on the map thanks to his unique ability to create powerful colorways through numerous collaborative efforts over the past half-decade. The New York designer was rewarded for all his effort by getting the rare opportunity to create his very own silhouette dubbed the ASICS Gel-Lyte 3.1. The hybrid of sorts takes the iconic panels of the ASICS Gel Lyte III to task and outfits the midsole and outsole unit with the performance finish of the more recent ASICS Gel Nimbus series. One would think that the two different eras would clash, but instead, the forthcoming “Super Green” colorway ties everything together thanks to a monochromatic black leather upper, white midsole, and just a touch of an electric green shade. Only 700 pairs will be up for grabs when the model makes its debut later this summer. Are you a fan of the look? Stay tuned for more updates regarding Ronnie Fieg’s latest creation right here on Sneaker News and let us know your thoughts in the comments section.