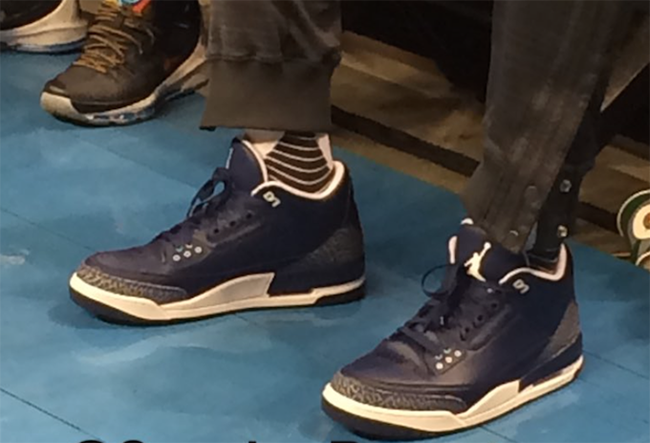 The Navy White Air Jordan 3 was spotted on the feet of Russell Westbrook as he was getting ready for his team, the Oklahoma City Thunder to take on the LA Lakers.

Taking a closer look, the Air Jordan 3 in question features Navy Blue base in suede that also lands on the tongue, toe box and laces. Elephant print is used in the traditional locations which appears to be in Grey. White then lands on the midsole, liner, eyelets and Jumpman branding. Finishing the look is Navy once again placed on the outsole.

A larger image of the Air Jordan 3 Navy White can be seen by scrolling below. As for a release date, it isn’t known as of now if there will be one of if Jordan Brand made this pair an exclusive for Russell Westbrook. In any case, make sure to check back with us for new details, images and more. 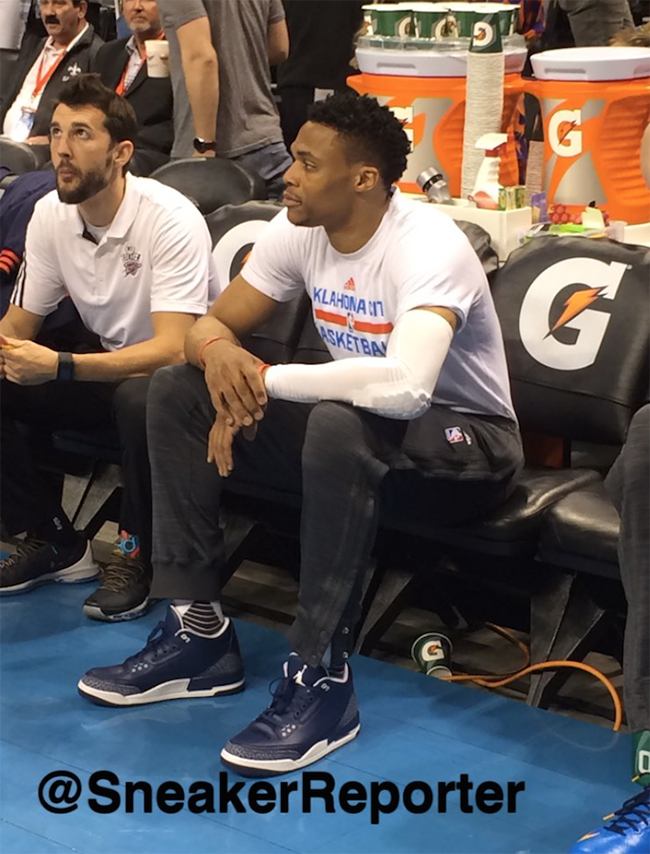