Take an Official Look at the SB Dunk Low “Mummy” 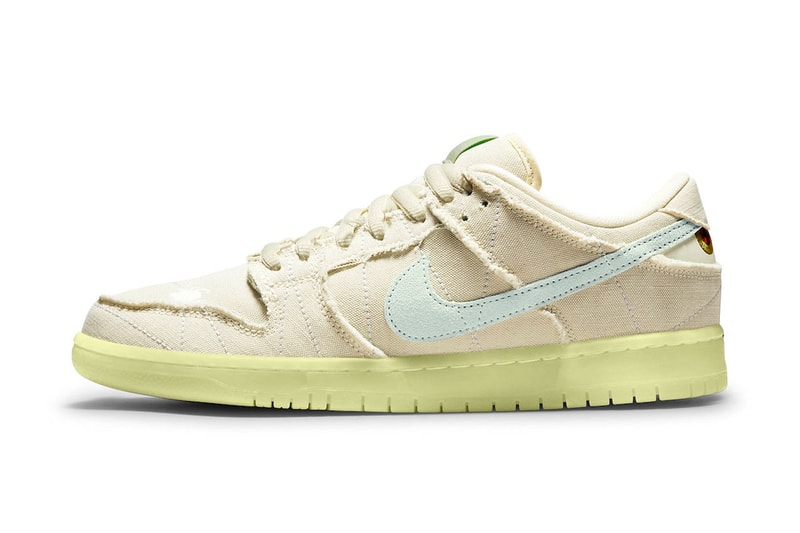 Debuted back in July, Nike has dropped official images of the Nike SB Dunk Low “Mummy” just in time for Halloween. Aside from the skateboarding rendition, the sportswear giant will be releasing a number of Halloween-inspired designs such as the Nike Air Presto, Air Force 1 Low, and Nike Dunk Low.

While most festive pairs skew towards a classic orange and black colorway, the Nike SB division gave the classic silhouette its own “Mummy” costume with distressed off-white canvas uppers along with a zig-zag of subtle stitching. Soft blue Swooshes lay over the laterals while the tongue label sees a seemingly fluorescent green and dripping font. Highlighting the pair are the mummy eyes found at the heels with a matching glow-in-the-dark outsole to wrap up the look.

The SB Dunk Low “Mummy” is set to make a spooky release on October 25 at select skate shops.