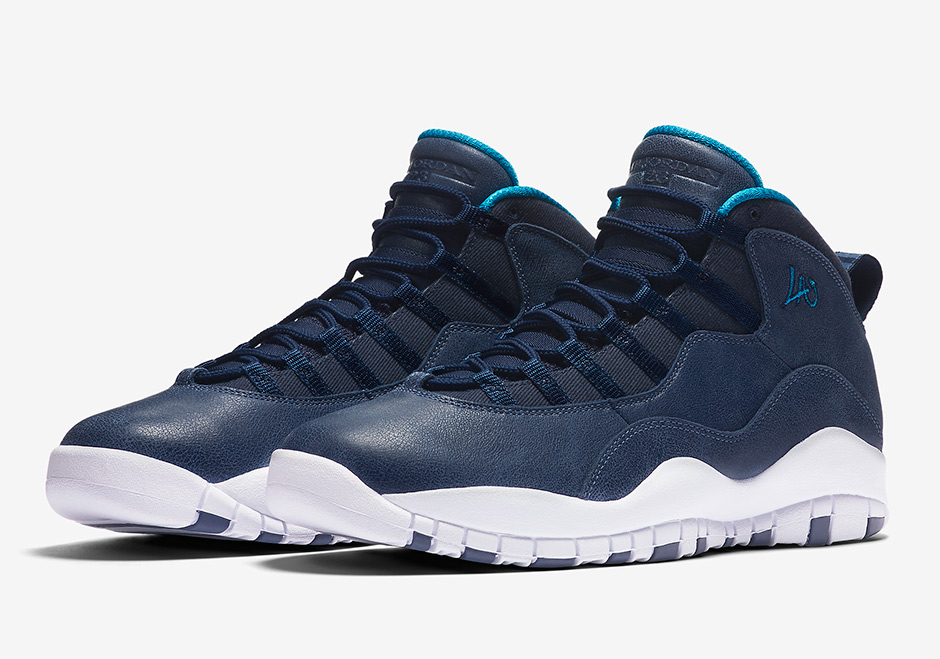 The City of Angels is getting its very own representation atop the Air Jordan 10 thanks to Jordan Brand’s revitalization of the silhouette’s City Pack. This ain’t no purple and gold flavor either (although we’d love to see a Laker’s exclusive hit retailers). Instead, the Air Jordan 10 “Los Angeles” follows the blueprint of other City Pack releases by taking aim at the city’s major feature – here the bright blue waters of the Pacific – through the use of a luxurious Ocean Fog leather base and vibrant Blue Lagoon lining. The model even features LA scribed on the ankle collar in that infamous 90s font while a white midsole and outsole unit is interrupted by matching Midnight Navy stripes listing Mike’s accomplishments before his retirement in 1994. The Jordan 10 LA will hit retailers on May 14th for $190 USD but you can always check for this pair right now on eBay.