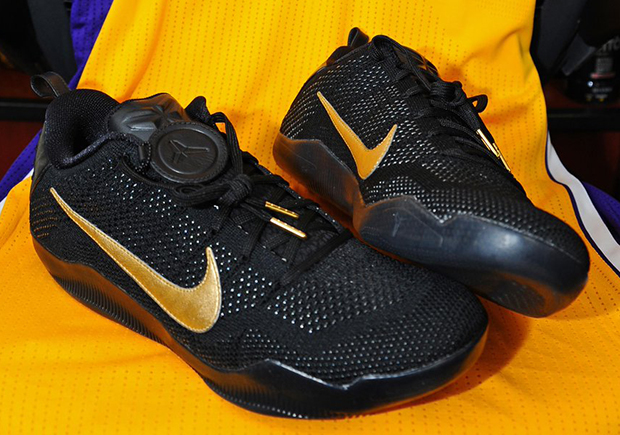 Is it sinking in yet? We’re less than twenty minutes away from tip-off between the Lakers and the Jazz, but all eyes will be on Kobe Bryant, who will lace up the Kobe 11 “Black Mamba” for his final NBA game. Players around the league have been sporting the kicks, but it’s Kobe’s selection that will ring on forever – and perhaps even end up in the Basketball Hall Of Fame. Will Kobe pull off a vintage performance and ride into the sunset with a game for the ages? Stay tuned as we’ll continue live-tweeting Kobe Bryant’s final NBA game.

The post The Last Pair Of Shoes Kobe Bryant Will Ever Wear In An NBA Game appeared first on Sneaker News.