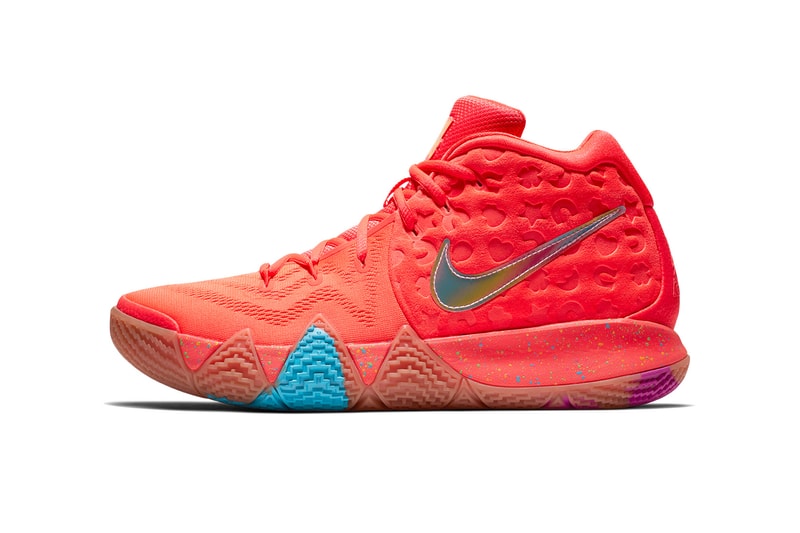 Kyrie Irving shared an exciting look at the Nike Kyrie 4 “Wheaties” back in May. Shortly after, the electrifying athlete was seen wearing a special “Lucky Charms” edition during the USA Men’s Basketball minicamp in Las Vegas. Official images of the entire selection have now surfaced and the new pack shows a collaboration with Lucky Charms, Cinnamon Toast Crunch and Kix.

Each pair boasts co-branding on the tongues and heels with a special graphic of the tasty treats on their respective insoles. The special trio will make its first launch via select House of Hoops mobile trucks on August 4. The mobile launches with take place at the NY vs. NY Championship at Rucker Park and the Drew League in Los Angeles. An addition launch will follow at House of Hoops and Foot Locker locations on August 11. The kicks will retail at $120 USD each.

Fans of Kyrie’s fourth signature model can also check out its latest colorway inspired by the Uncle Drew film poster.