The Nike Sock Dart Is Coming To NIKEiD 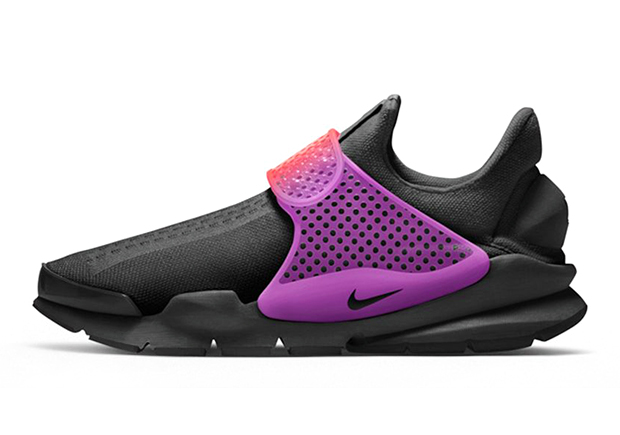 The Sock Dart will officially hit the NIKEiD customizable platform beginning Monday, April 18th. This lone preview promises some never-before seen details of the popular slip-on tech runner like an all-black midsole and a gradient-effect colored fore-foot strap (only seen on the Be True release). For now only Nike Europe will release the Sock Dart on iD, but may very well be releasing on the U.S. site as well. There are likely more design options available as well, such as speckled midsoles and an wide array of colors. Stay tuned for more updates.

The post The Nike Sock Dart Is Coming To NIKEiD appeared first on Sneaker News.