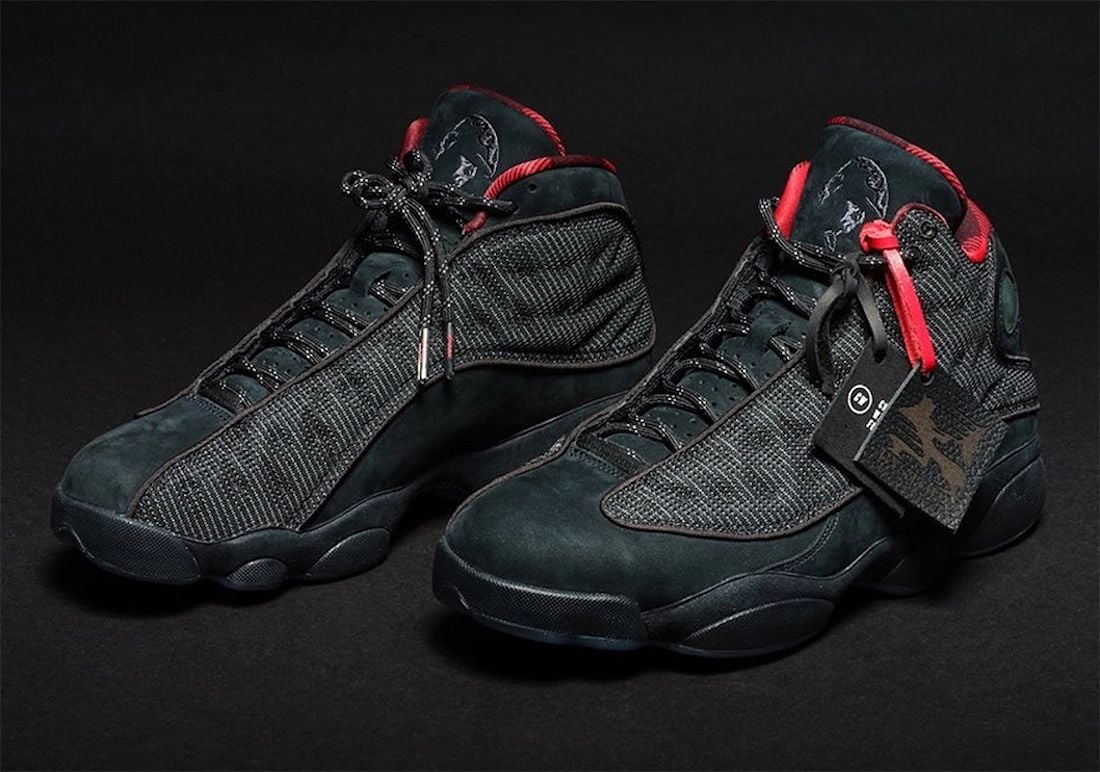 Originally made in 2017 to celebrate Biggie’s 45th birthday. However, the pairs have remained under lock and key until 2023 to celebrate the 50th Anniversary of hip-hop.

This Air Jordan 13 comes with Black and Anthracite across the upper. Highlighted the shoes, we have images and phrases that celebrate the life of The Notorious B.I.G.

The shoes have a silhouette of Wallace on both of the tongues, with Red and Black flannel on the liner and insoles, a style synonymous with The Notorious B.I.G. On the tongue label, the phrases ‘It was all a dream’ and ‘If you don’t know, now you know’ are featured. The word ‘Dream’ is placed on the metal aglets.

Sotheby’s online auction will start today, January 23rd, and will run until February 23rd with an estimated value of $2,300 – $5,200. All proceeds from the auction will benefit The Christopher Wallace Memorial Foundation, which aims to empower inner-city youth with educational learning instruments, sponsorships, grants, and community-based mentorship programs and campaigns, all in line with its motto, Think B.I.G “Books Instead of Guns.”

Below, you can check out more photos of the Air Jordan 13 ‘Christopher Wallace’ that will give you a detailed look. For those interested in placing a bid, visit sothebys.com/JordanxWallace. 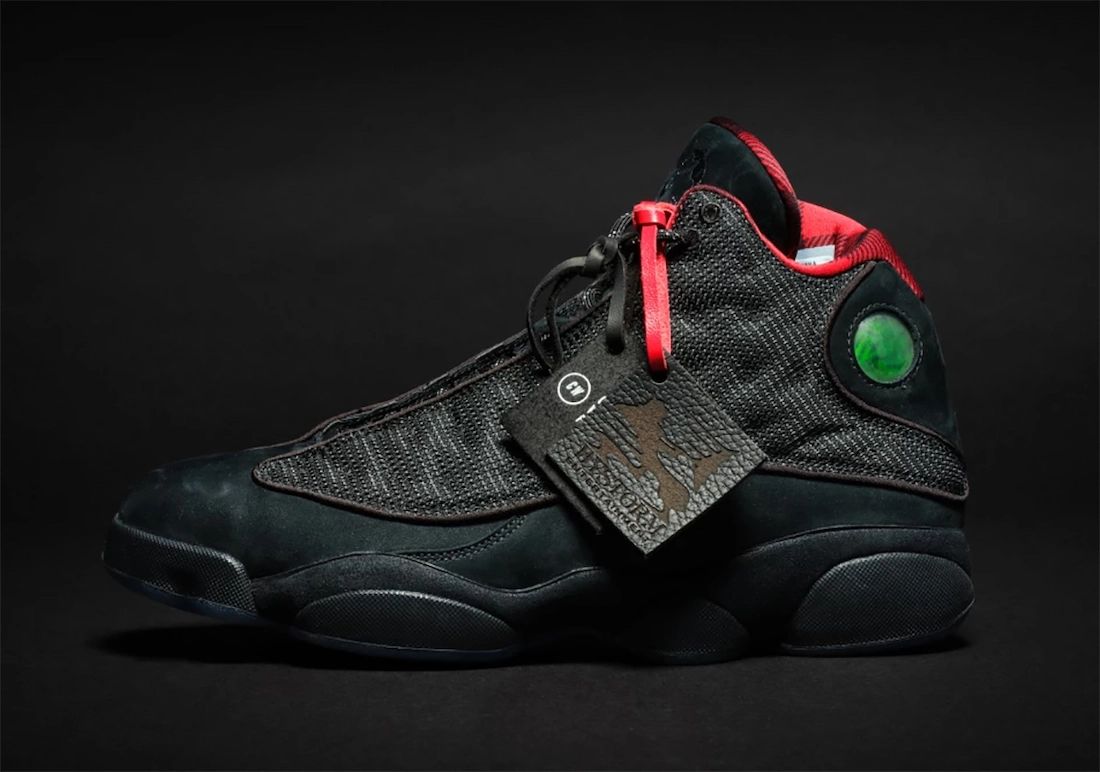 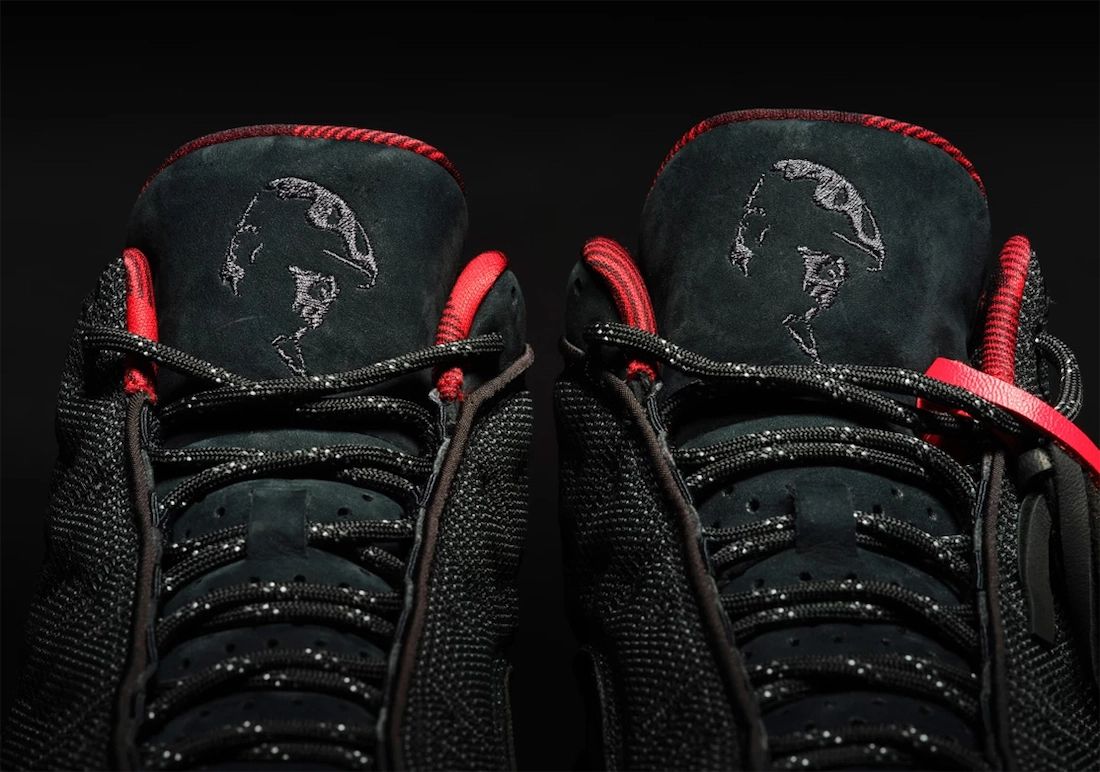 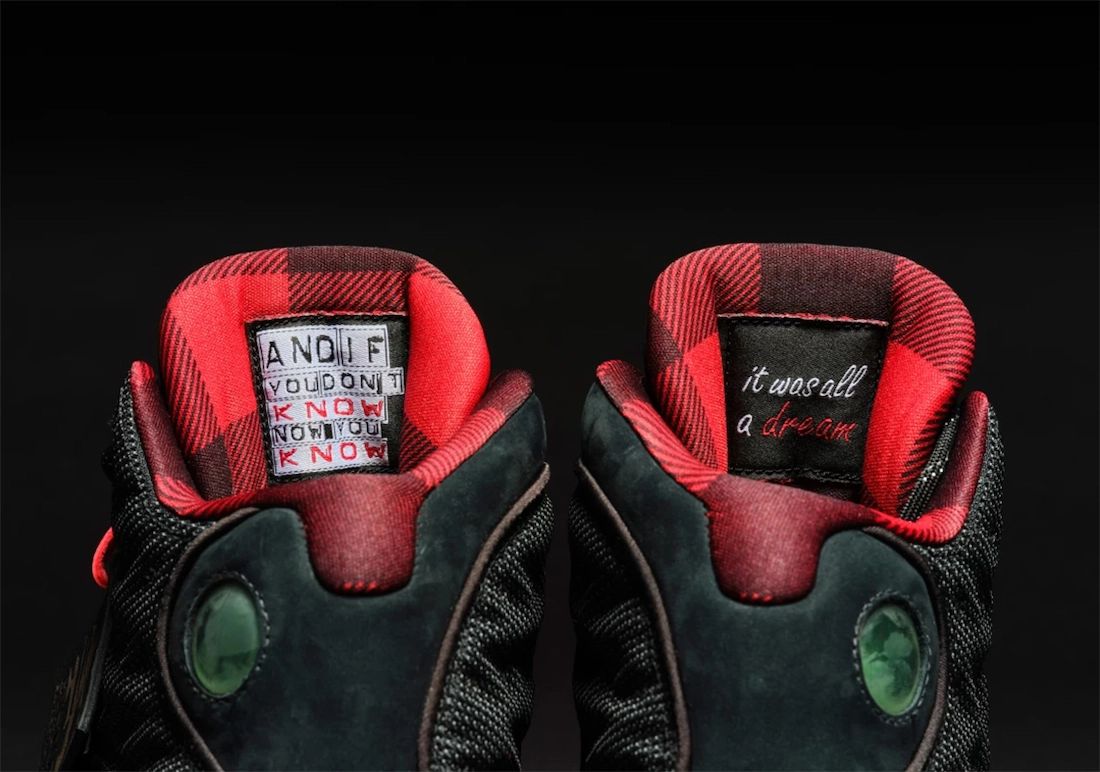 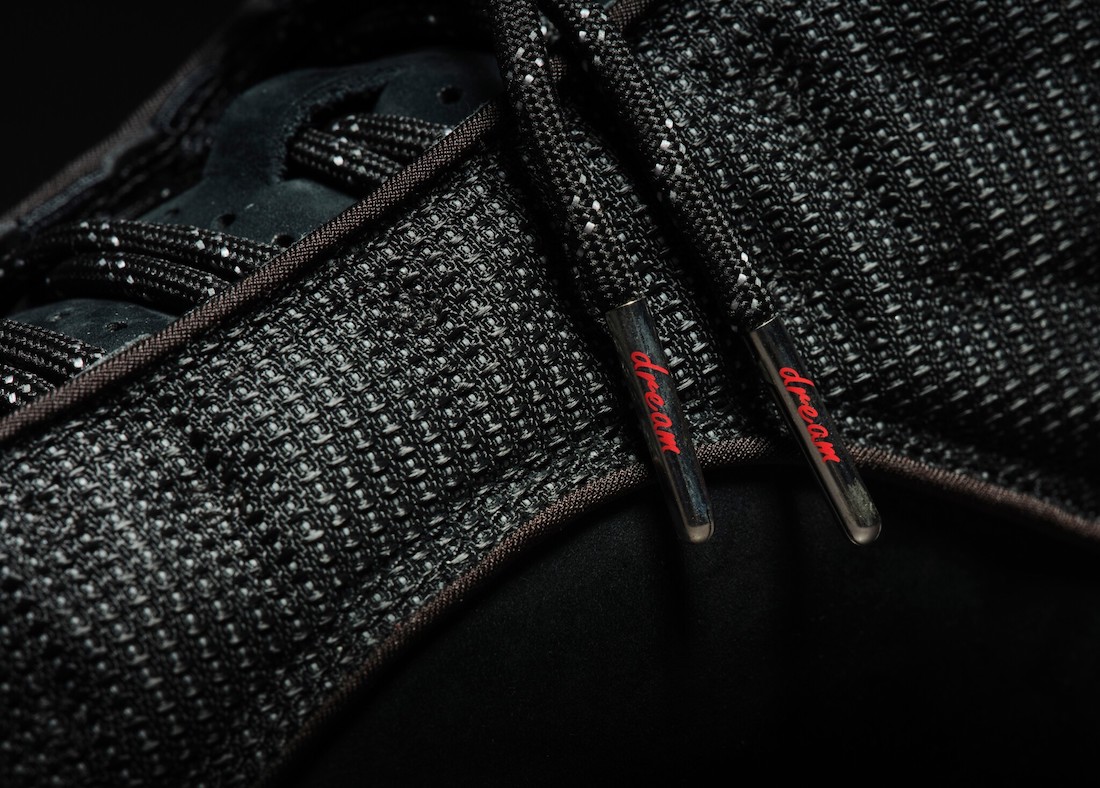 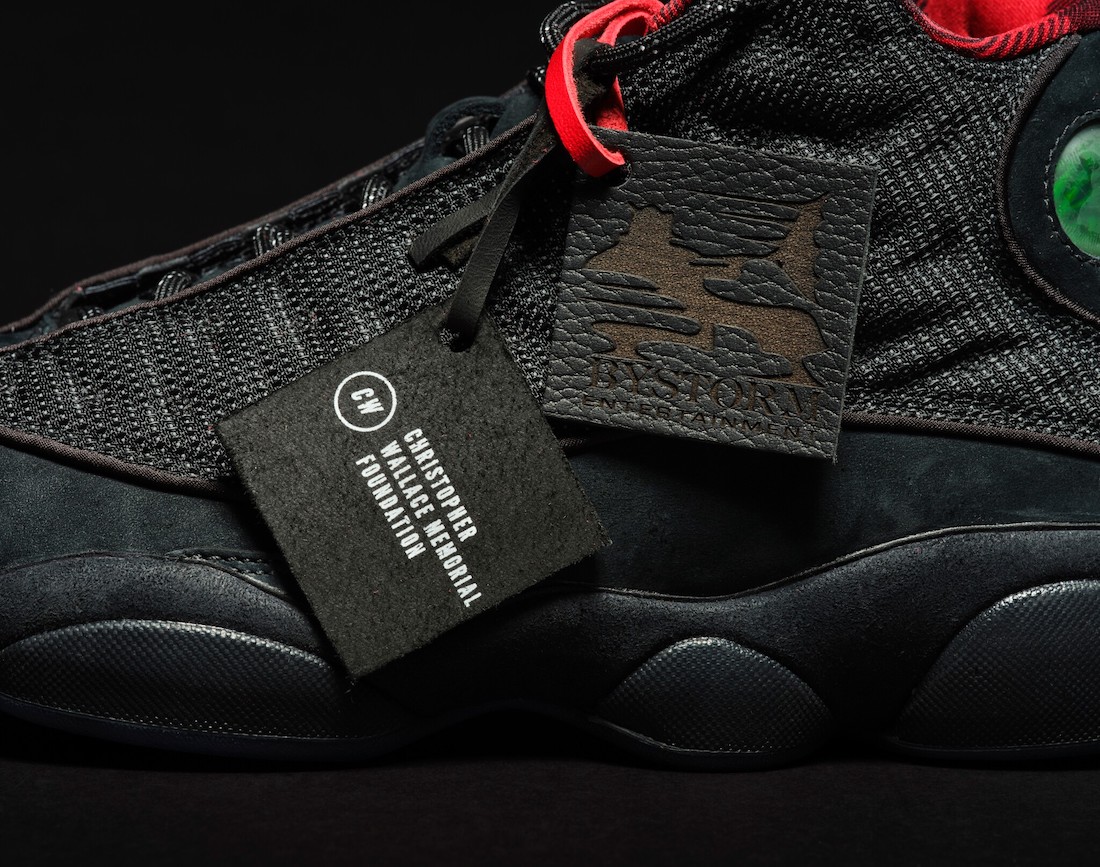 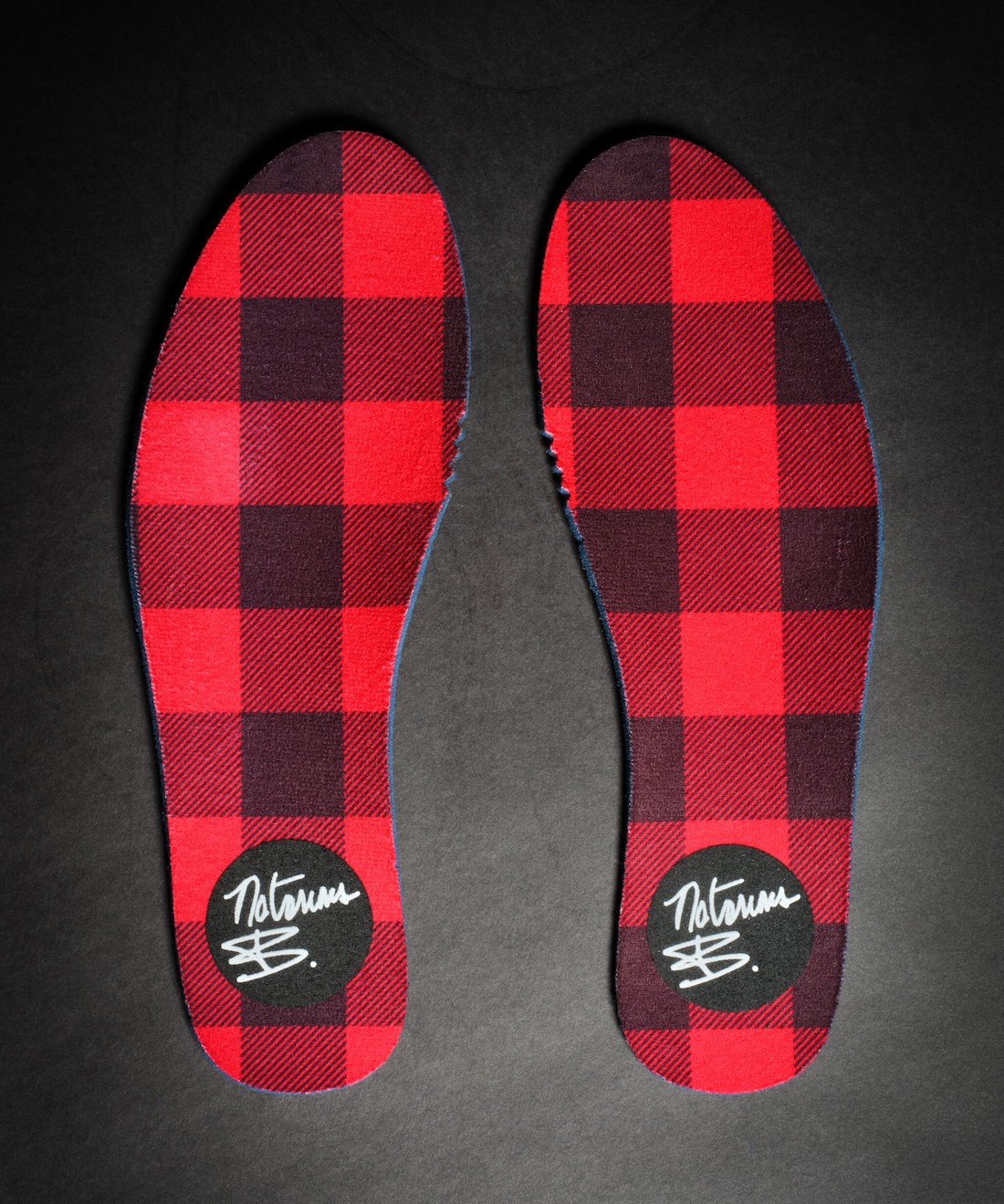