TOMBOGO and Saucony Introduce The Butterfly 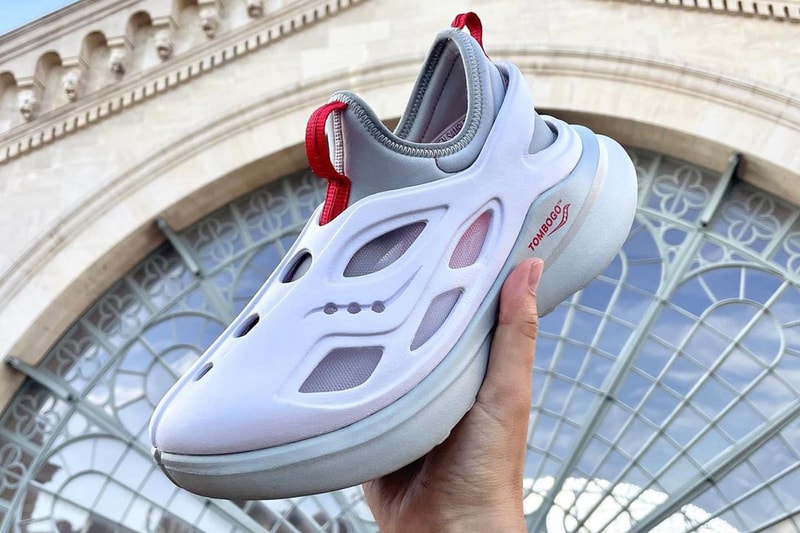 Tommy Bogo’s TOMBOGO has continued to make noise in 2022. The J Balvin co-signed label is following up on its “Nature is Healing” Earth Day capsule with the launch of its much-anticipated collaboration with American footwear brand Saucony. Showcased at New York Fashion Week in February and Paris Fashion Week in June, the duo has introduced The Butterfly as its collaborative project.

This three-in-one sneaker offers several choices for owners. Its sock-like removable layer can be worn in or outside of the also wearable outer shell. Both operate as slip-ons, connecting to the ongoing craze for laceless looks. Co-branding is included at the heel, both sides of the midsole and the custom holographic box. The colorway itself offers various shades of gray throughout, with lighter tones on the upper. Lastly, red accents the pair via the branding, stitching and front pull tab, completing this futuristic look.

After months of teasers, the TOMBOGO x Saucony The Butterfly sneaker is finally releasing. August 19 is the set date with early release and raffle info available via TOMBOGO’s newsletter. The raffle is scheduled to open August 16 for interested customers.

In case you missed it, Lanvin’s Curb Sneaker has taken on python print in two new colorways.