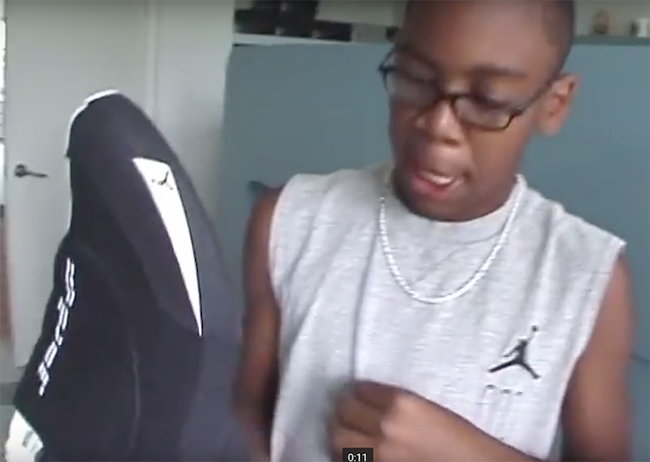 Being Michael Jordan’s son has a lot of perks to them. Going to his games, getting to call the greatest player in the world your dad and of course free Air Jordan’s and access to pretty much anything.

Back in 2001, Marcus Jordan received a special package which was one of the first packs by Jordan Brand known as Camp 23. The shoes came in half Black and White while a young Marcus references the Carolina Blue and White pair. Along with the shoes were a matching set of slides. His unboxing was caught on video which is pretty cool to look back on.

Marcus Jordan was digging through old family footage which he came across the video shown. On another note, he is getting ready to open the doors to the Trophy Room which you can probably watch it there.

Below you can watch the 23 second unboxing video and look for the Trophy Room to open it’s doors soon.