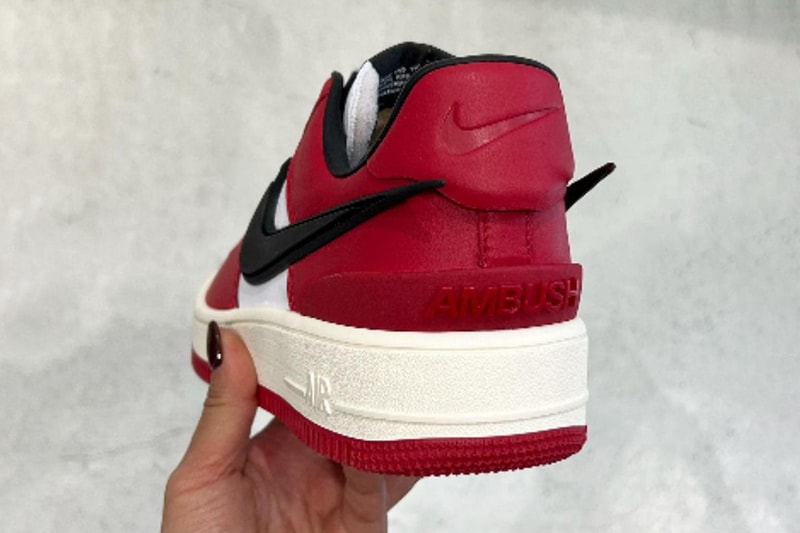 Yoon Ahn and Nike‘s relationship dates back to 2018, and since then, the two parties have converged to create striking collaborative apparel collections, as well as sneaker team-ups involving the Air Max 180, Dunk Highs and more. In the coming months, AMBUSH and the Swoosh are set to reprise their partnership with the release of a new capsule centered around the Air Force 1 Low, and we’ve captured an early look at the pairs.

In a similar fashion to the brand’s aforementioned Dunk installments, the main design element to call out on these AF1s is the return of the tailpipe Swooshes. So far, a trio of colorways have been previewed, the first of which channels the classic “Chicago” motif. Upper and lower layers alternate between red and white panels to nod to the Bulls and come accessorized with stark black Swooshes. The other two renditions take more of an understated approach as one is fitted with a simple black and white arrangement while the other is styled with a simple white and black palette. Each offering features AMBUSH branding debossed on the lower heel molds.

More information surrounding this launch will likely circulate in the coming months.

In other news, on-foot images of the Nike Dunk Low “Carpet Swoosh” have appeared.